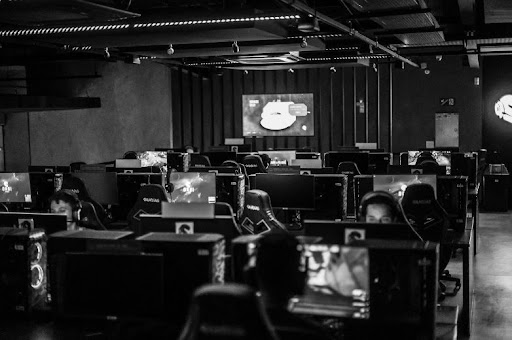 Meta: Esports Has Taken The World By Storm; Find Out What Its Future Holds

To say that esports has skyrocketed in the past ten years is a massive understatement. It has grown so exponentially you can today compete in outlandish esports tournaments, standing a chance to walk away with millions in cash prizes. This is only one aspect of this ever-growing pastime since it goes much more profound and is highly competitive. There’s also been a lot of speculation around what the future holds for this new sporting code, which makes industry experts and gamers quite excited. Can we expect future soccer games to be played virtually? Or will we see epic Gran Turismo tournaments fully immersive using virtual reality? Well, you are in luck; we’ve looked at what the future holds for esports.

While AI is nothing new, it has become innovative with technological advancements. In 2022, there will be several games with the best AI, and we predict this will only increase as time goes by. So how will this fit in the future? We must look at it from a training perspective. Professional gamers are known to train rigorously, much like any other athlete does – while not the traditional athlete, esports gamers are STILL considered athletes. In most cases, their training takes up to eight hours a day with their teammates, or squad as they are commonly known.

During their training sessions, squads take their time to play through various challenges and work on their weak spots and new strategies. Over and above this, gamers also train on their own, so they are highly committed. Many have questioned if this would mean that players would reach their peak, so new ways have been explored to make esports a bit more challenging, and this is done by introducing AI bots. Here esports gamers get to play against bots under different circumstances giving them a competitive edge since games are then entirely random. Further to this, gamers are then able to experience a similar multiplayer-style environment when they can no longer advance further in a more traditional online environment.

You must understand that technology greatly influences esports. It steers it in the direction that we are going to use for a long time to come. If we look at the more popular games such as Call of Duty and League of Legends, both now have mobile versions of their game. There is also much speculation that many more esport game developers are going to follow suit. Further to this, we can likely expect mobile esports gaming tournaments in the future. This is great since it opens the pastime to even more gamers, AND it completely changes the way we game.

It’s not something widely considered to make waves in esports, but it is, and it’s 5G. So how is it going to change esports, you ask? 5G allows gamers to practice their craft anywhere, at any time – which makes it genuinely accessible. Furthermore, about 80% of the world’s population own a smartphone, so it truly opens a range of possibilities, including more gamers, as well as more developers. It also opens up multiplayer mobile gaming tournaments; we are here for this! Remember, accessibility is wonderful if we want to be as inclusive as possible.

We are gearing up to see way more development in terms of mobile gaming. And this is where esports can tap into a whole different market. It is interesting to note that increasingly mobile game esports tournaments are popping up. We have also noted that mobile gaming and esports are often uttered in the same sentence, meaning we are in for some exciting things.

Overall, we will see way more virtual worlds in gaming; it is going to completely transform how we game, when we game, and with who we game. It will further add to the competitive nature of esports. But not only that, virtual worlds will add to the excitement of being a spectator since fully immersive tournaments are on the cards too. In the future, we will see spectators in-game, experiencing everything as the gamer would, and this is groundbreaking.

How Competitive Will It Be In The Future?

Well, with technological advancements, we can almost always expect to see an increase in the competitive nature of this pastime. And it is to be expected. World-class gamers such as N0tail, JerAx, ana, Ceb, and more are highly competitive and at the top of their game. Players like these are also trying new strategies and technologies to make their own and the team’s experience so much better. In the future, we will see more of that, but it will include a larger base of people, and we are so excited about this!

0 comments on “Esports And What The Future Holds ”