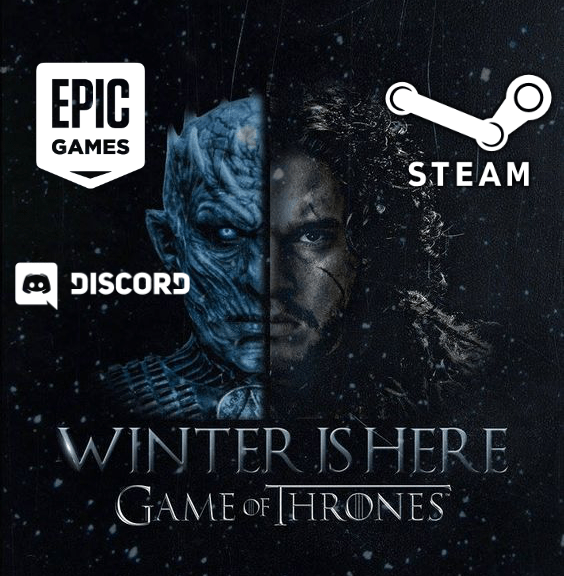 There is a war going on in the world of game distribution. It will be vicious, it will be bloody, and there will be big losers and big winners. What’s at stake you might ask? Just control of the hearts, minds and wallets of millions of gamers and therefore billions of dollars.

But before we jump into the details of this war, why you should be paying attention, and why it matters to esports, let’s rewind a bit and give you a bit of history on game distribution.

A brief history of game distribution

In the beginning, game distribution was primarily a physical retail business. If you wanted to play a new game at home, you purchased a physical copy of the game (on diskettes or cartridges first, then eventually CDs). This had a number of advantages:

As internet speeds increased, digital game distribution started to take over. The first major platform to distribute games digitally in a significant way was Valve with their Steam platform. Much of the early success of Steam was built on the back of Valve’s own hit properties (like Counterstrike, DOTA, etc). If you wanted to play any of Valve’s games, you HAD to use Steam. It wasn’t an option – you were locked into their platform. This had some clear benefits, but also quite a few disadvantages:

Valve realized they had a service that was valuable to both consumers and other game publishers. They leveraged the success of Steam and invited other game publishers to distribute their games on the Steam platform (think of it like Apple’s App Store but for games on the PC). In return for these distribution and digital services, Steam takes a 30% cut of every game sold on its platform. And up until now, game developers were mostly happy to give up that piece of the pie.

Other than the daily eyeballs (attention) of Fortnite players, Epic has 2 advantages in the launch of their Epic store relative to the incumbent platform, Steam.

First, Epic is making billions of dollars on Fortnite, so they have the luxury to break even (or even lose money) on any other project they undertake. This is why they are able to offer significantly better terms to developers who choose to distribute their games through the Epic store. Instead of taking a 30% cut like Steam, Epic is only charging a 12% cut of game sales – a significant difference that represents real dollars in the pockets of developers.

The tides of war

Just days after Epic announced their game distribution platform, Discord (a game community and voice communication platform) released an announcement of their own – they would be launching their own games distribution platform, and they would be giving 90% of the proceeds to developers (undercutting Epic’s 88% and Steam’s 70%). This was now all-out war. Like Epic, Discord had the advantage of a captive audience. Millions of gamers use Discord every day to communicate with friends and engage in gaming communities. Why not give developers the opportunity to sell their games through Discord?

Epic and Discord declared war on the old establishment, Steam. And Steam’s reaction was swift. Almost immediately, Steam announced they would revise their pricing structure for developers – taking a smaller cut as game sales increased. It didn’t make their offering competitive (from a price standpoint) with Epic or Discord, but it did make a point. Steam was not going to roll over and play dead and let the two new challengers eat their lunch.

So far we’ve discussed only Steam, Epic, and Discord, but the games distribution market is actually significantly more complex. There are a number of developers/publishers (typically AAA aka the big studios) who realized a while back that game distribution was not as hard or expensive as Steam would have liked the market to believe. Thus, they created their own platforms and launchers. Bethesda has their own launcher for their games. Blizzard/Activision has Battle.net for their games. And both Origin and Ubisoft have their own launchers as well.

What Bethesda, Blizzard, Ubisoft and Origin all have in common is that their platforms are specific to their own properties. They don’t sell any games from third party developers on their platforms. It’s unclear if these proprietary, closed platforms will survive in the long term.

It’s also worth mentioning that the game distribution platform war has previously claimed victims. Twitch tried to get into the game distribution business. It’s an obvious match. Twitch has a large captive audience that uses the platform daily. You can buy the game your favorite streamer is playing, with the same payment method you already use on Twitch. And Amazon (who owns Twitch) already sells games. They had all the tools to succeed, but didn’t. Game distribution platform dominance is not a certainty, no matter the market advantages or existing user base.

Race to the bottom?

Digital services and game distribution (of the Steam variety) are far less costly to provide in 2018 than they were 10 years ago. Already, the war between Steam, Discord and Epic has the hallmarks of a race to the bottom. The laziest way to gain market share is to compete on pricing, and that’s what the 2 challengers have done here. Unfortunately, these kind of pricing wars never end well. If they continue to compete on price, eventually margins get squeezed to the point where being in the game distribution business doesn’t make sense anymore. It’s especially unfortunate that both challengers chose to offer the same feature set, and only offer better pricing. These kinds of wars can spur innovation, but that doesn’t seem to be the case here.

The good, the bad, and the ugly

From a consumer/gamer/industry standpoint, all of these different distribution platforms are both good and bad.

The good is that competition may at least force Steam to improve their very dated product. Platform choice is also good for the consumer if game pricing comes down as a result of competitive pressure.

The bad is that the platform wars may put more power in the hands of the publishers. A fragmented distribution platform market means publishers will see less value in any one individual platform. This shift may mean the end of the distribution platform and game ownership as we know it, or worse, the rise of pure game streaming/subscription services.

The ugly is that now as gamers, we have to manage a half dozen or more launchers just to play the games we want. And keeping track of the library of games we own (and buy over years and years) is becoming harder than ever. For example, I was excited to take advantage of the free Subnautica offer on the Epic store, only to realize I had purchased it months ago on Steam during one of their sales.

Epic and Discord both stand a good chance of cutting into Steam’s business. My money would be on Epic between the two challengers (Discord’s main product is clunky already). This is a war that will take years to fight, and won’t be won or lost overnight. The victor however, will have tremendous power and the ability to shape the world of gaming for years to come.

This was Steam’s market to lose, and the reality is that they stayed stagnant for far too long. The platform didn’t innovate. It still looks and feels like software built 20 years ago. It’s an important lesson to all businesses, but especially those in gaming and esports (where the market is advancing on a daily basis) –  don’t innovate and you die. Even when you’re the leader, you have to be willing to take chances with your business.