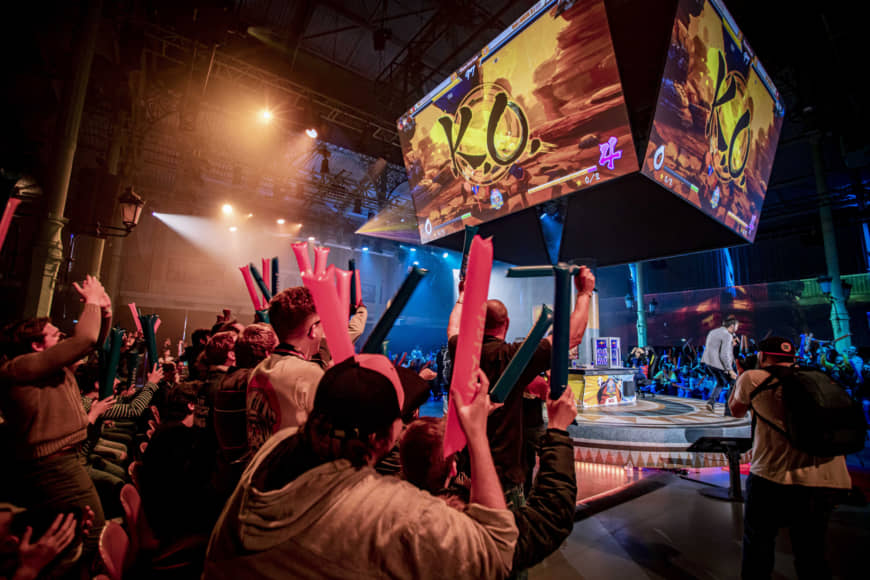 The Article Below Originally Appeared in the Japan Times, and is Reproduced Here By Permission of the Author, William Collis.

Since winning the international bid over seven years ago, the Tokyo Olympics has been all Japan can talk about. The Games have lodged into the popular consciousness as a symbol of pride; but also of Japan’s changing role in the world. If the precursor 1964 Olympics announced Japan’s rapid modernization, these Games aim to reposition Japan as a cultural, if no longer economic, superpower.

But there is another Olympics taking place in Tokyo, just before the traditional Games. And this event has far more importance to the future of Japanese soft power. The Intel World Open will be the first major video game tournament of the decade held in Japan. Boasting official support from the International Olympic Committee (IOC), the Intel World Open hosts national teams from around the globe – just like the traditional Games. These nations will compete in two of esports most popular titles, Street Fighter and Rocket League, before crowning medalists in Tokyo’s central Olympic Games area. The event marks the first formal crossover between the Olympics and competitive video games. And the Intel World Open is critically important to Japan’s global influence, arguably more so than the Olympics itself.

In case you’ve missed it, competitive video games – or esports – have caught on like wildfire around the world. The industry has exploded overnight on the back of billion-dollar investments from the world’s most influential companies, including Microsoft, Google and Amazon. Internationally, esports now boasts over one billion fans. And in America, competitive video games recently surpassed football to become the most watched sport. The US Navy even pulled its Superbowl commercials in favor of esports advertising.

But Japan has curiously lagged the world in competitive video games. The country rarely competes in – let alone wins – major esports tournaments. And the domestic scene has languished due to outdated gaming regulations that cap prizing – and hence the incentives to train and compete. In contrast, neighboring countries like China and Korea dominate the international esports scene – exporting their country’s cultural cache around the globe with every victory.

It is doubly strange that Japan lags in esports because the country has historically led the video game industry. As late as 2002, Japan accounted for half of the global games market. But in recent years, domestic giants like Sony, Nintendo and Sega have all failed to launch successful esports properties: in part explaining a general decline in their global audience.

For Japan to position itself as a locus of soft power for 2020 and beyond, the country needs to invest in and succeed at esports. Beyond national pride, esports is a huge business – already exceeding $20 billion in revenues and growing 30% annually. By most measures, esports is the fastest rising media and entertainment property of all time. Japan must engage with the esports or risk losing out competitively, economically – and most critically – culturally.

This is why the Intel World Open is so important. It provides Japan an opportunity to demonstrate its esports talent to the world; at a time when all eyes are already on Tokyo. And as a first-of-its-kind event, it creates a rare opportunity for Japan to define a gaming legacy for the new millennium.

But Japanese success at the Intel World Open is about more than simply winning. Attendance, fan support, and domestic media coverage of the event are all arguably more important. For the multi-billion-dollar esports investments that regularly flow around the world to reach Japan, the country needs to demonstrate that its domestic esports market is both viable and primed for growth.

By 2030, esports will become both the most watched and the most played sport around the globe, reaching an estimated 3 billion fans. Given Japan’s legacy in gaming, the country deserves to occupy a marquee position in this digital phenomenon. So as you plan for the Tokyo Olympics, make the Intel World Open a part of your Games experience. Watch online, attend in person, and encourage your friends to cheer.

In just a few short months, there will be two Olympics in Tokyo. But only one has the potential to establish Japan as a leader in the next generation of sports. A victory at the Intel World Open could catalyze an entirely new domestic industry, and a novel path for exporting the richness of Japanese culture to the rest of the world.

2 comments on “The Real Tokyo Olympics Is Esports”