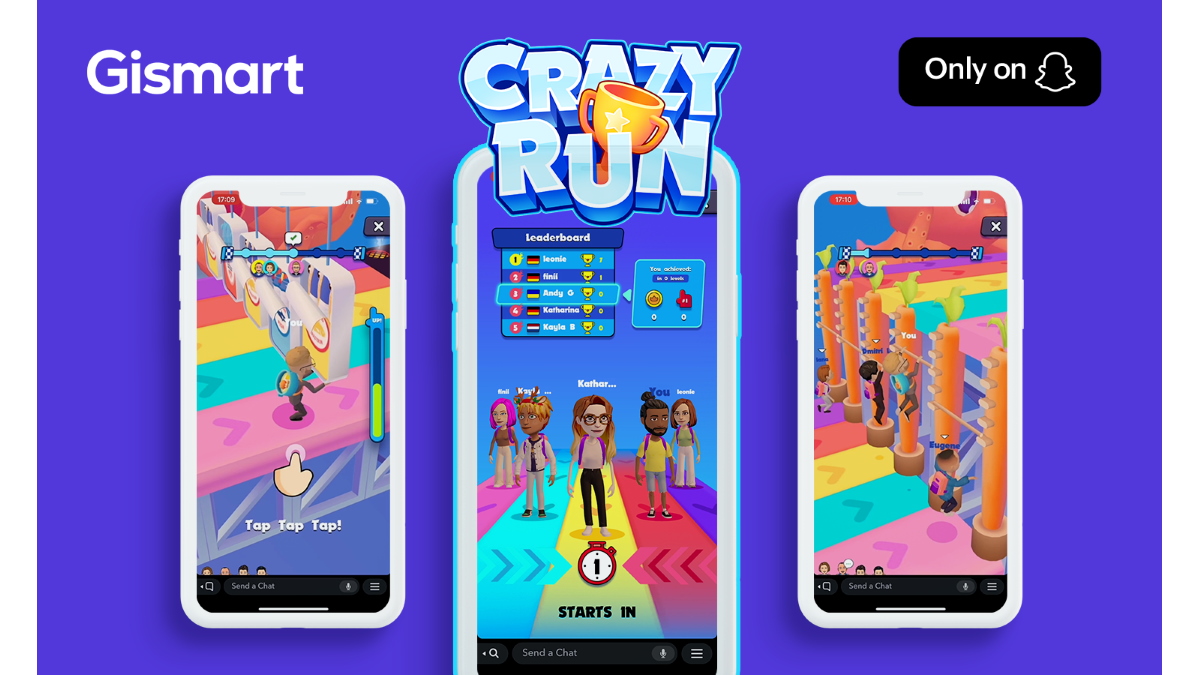 Snap Games recently announced it has entered into a multi-title partnership with European game developer and publisher Gismart. This announcement comes as part of an effort to launch Snap Games’ second title, Crazy Run, on Snapchat.

“Color Galaxy has been a hit on our platform with over 45M Snapchatters playing since launch,” said Pedro Rodrigues, head of EMEA Games Partnerships at Snap, Inc., in a statement. “We’re thrilled to expand our partnership with Gismart to bring more games to our growing community of 265 million daily Snapchatters, and help personalize the player experience across Gismart’s iOS and Android games with our Bitmoji Avatars.”

As part of the deal, Snapchat will allow Gismart to utilize that application’s Bitmoji feature for games and other technology. Gismart will soon be introducing Bitmojis into the company’s hyper-casual game, Perfect Expert 3D.

Crazy Run is a real-time multiplayer game that has players overcome obstacles on route to reaching the game’s finish line. The game had a soft launch last month and has already seen over seven million individuals play the title.

Snap has a very loyal userbase among a younger demographic. It makes a lot of sense for Snap to integrate casual gaming (and gaming content if they’re really smart!) directly into their platform. I like this a lot and would like to see more of it from Snap.