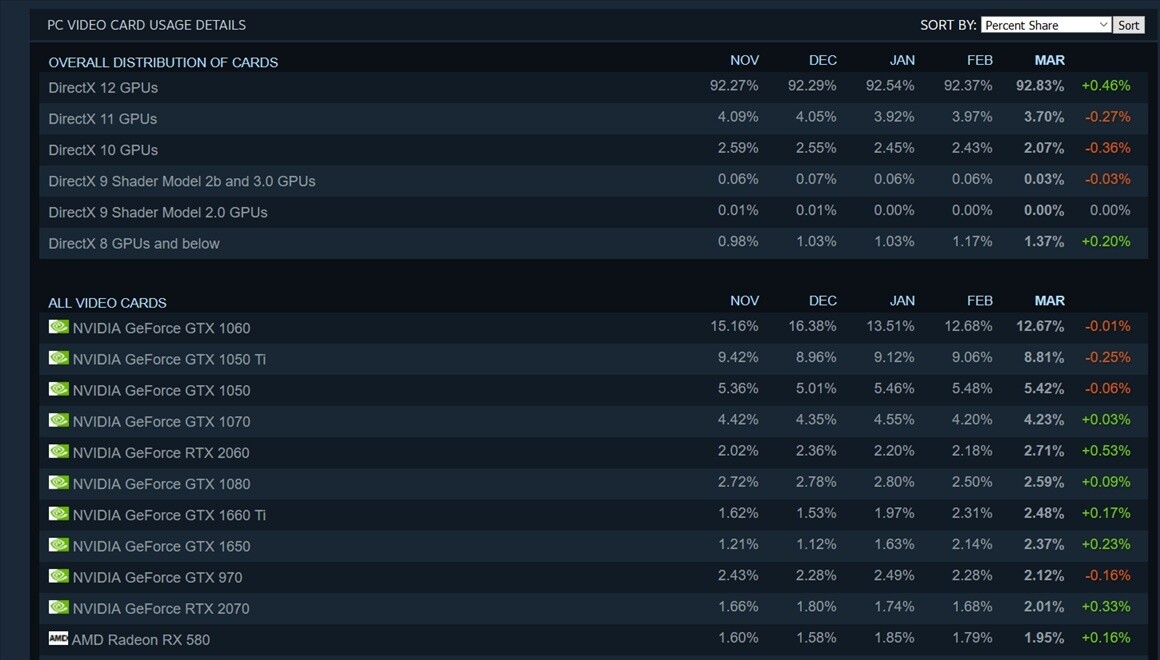 Steam Hardware recently released a survey that showed the popularity of certain types of computer video cards. It was revealed that Nvidia’s RTX 3070 card is one of the fastest-growing GPUs on the platform. It is also the 17th-most popular graphics accelerator on Steam.

“Valve’s Steam Survey for March has arrived. As finding graphics cards right now is a nigh-on impossible task outside of paying a fortune on eBay, there wasn’t a lot of movement in the GPU section,” writes Rob Thurbon of TechSpot. “However, the product that saw the most significant monthly growth was the RTX 3070, up 0.17%. Elsewhere, it was another excellent month for AMD, whose processors are now found in almost 30% of users’ PCs.”

Steam is a digital video game service that was created by Valve. Valve Software is an American video game developer, publisher, and digital distribution company based out of Bellevue, Washington.