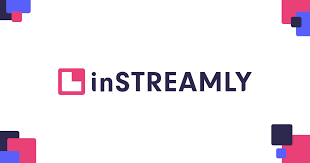 inStreamly, a live-streaming sponsorship platform, recently announced the company received $1.32 million (€1.1 million) during the organization’s latest seed round. Investing was led by Supernode Global with contributions also coming from Colopl Next and PKO TFI.

The money is expected to be used to help inSTREAMLY expand into new markets across the globe. The company’s headquarters are currently located in Warsaw, Poland.

“I personally know how life-changing it can be for a small streamer to get their first revenue from streaming. It makes you believe that you can turn your passion into a career,” said inSTREAMLY co-founder Wiktoria Wójcik. “With the new funds, we will be accelerating our expansion to new markets and aim to deliver the best opportunities to streamers worldwide.”

According to an article by Newzoo, game streams will likely rack up 800 million views this year. This is projected to be a 10% increase from last year. The business also said, “it aims to make it possible for smaller streamers to have branded content on their streams and monetizing the content.”

0 comments on “inSTREAMLY Secures $1.32M In Seed Round”