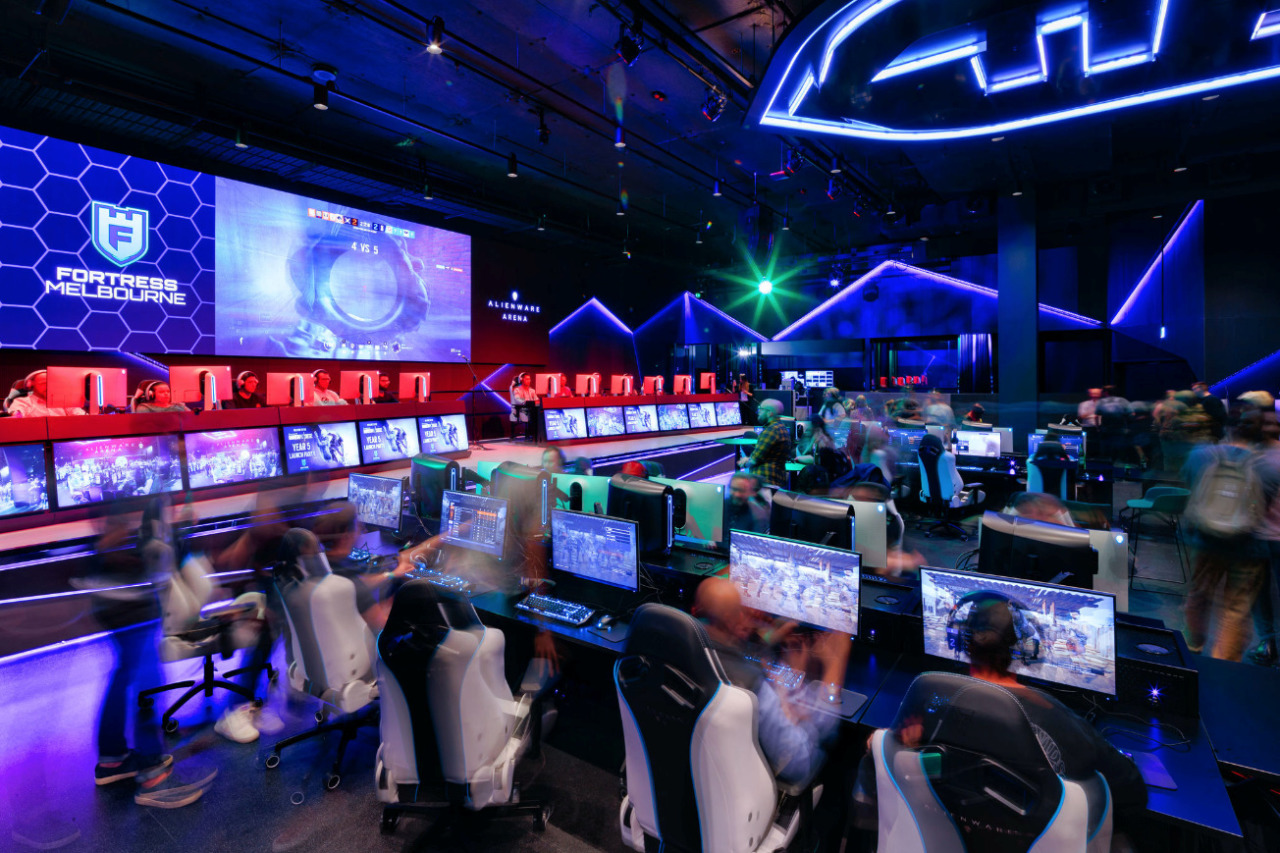 Melbourne’s Fortress has emerged as one of the world’s foremost gaming destinations. The venue features booths for streaming as well as the Alienware Arena, a facility that has a display monitor that is almost 400 inches big and can seat 200 people.

Brad Nash is a writer for GQ Magazine. In a recent article he published, Nash explained the appeal of this world-renowned gaming cafe. “The concept behind Fortress is that it’s essentially the gaming cafe 12-year-old you would have dreamed of going to once you became an adult, combining a gastropub, a gaming cafe, an eSports arena, and an arcade into one glorious, neon-lit gaming paradise,” he wrote. “The bulk of the trade flowing through Fortress will no doubt be directed towards its 160 Alienware Gaming PCs, all of which are more than capable of running games at a competitive level (although you can pay to upgrade to a higher-spec PC if you want).”

The Fortress is located inside the Emporium Shopping Centre in Melbourne, Australia. It opens every day of the week at noon and remains open until 12 AM to 2 AM.

(All information was provided by GQ Magazine and Melbourne’s Fortress)