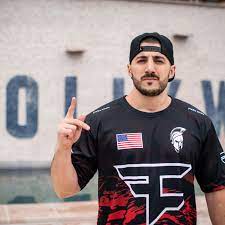 It was recently announced that Nicholas “Nickmercs” Kolcheff has become a part-owner of esports organization FaZe Clan. Kolcheff made the official announcement from his Twitter account on April 23rd.

The specific financial details of the ownership deal have not been revealed at this time. However, Kolcheff did say that “he received the equity he was promised…”

Nickmercs is best known for being a professional Call of Duty player. He has recorded 9.55 million subscribers between Youtube and Twitch combined.

He joins the 47,285 other owners of FaZe Clan. If you have some spare change in your pockets or coins lost between couch cushions, you too can become a FaZe Clan owner.

(All information was provided by Game Rant, Twitch, Youtube, and Dexerto)