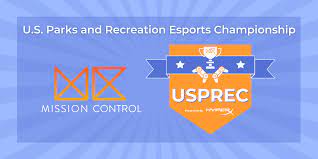 Mission Control GG, a start-up company focused on uniting communities through esports, recently announced the launch of the U.S. Parks and Recreation Esports Championship (USPREC) in conjunction with HyperX. The tournament will connect communities through a month-long competition as players face off against each other to represent their hometowns.

Austin Smith is the current CEO of Mission Control. Smith explained that this is a huge opportunity for all organizations involved. “Mission Control is proud to host this first-ever community-based event bringing friends together through video games,” he said. “USPREC connects communities across the country for something fun to do together, especially during a pandemic.”

HyperX will serve as the tournaments presenting partner. The competition began on April 27th and is expected to run through the beginning of July.

According to a press release, American towns will be able to use Mission Control’s platform to host qualifying events. The winners will then advance to the main USPREC tournament.