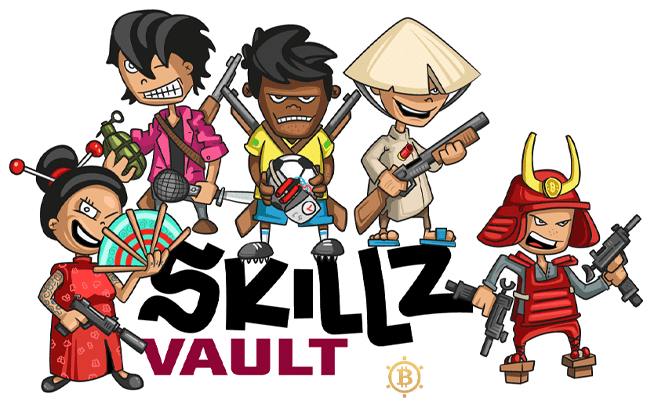 ESE Entertainment, in conjunction with Bitcoin Vault, just launched the organization’s first set of non-fungible tokens (NFT). These NFTs promote the previously announced esports talent show, “SkillzVault by Bitcoin Vault”, which is being produced by the two companies.

“SkillzVault” is one of the first global esports tournaments with its own NFT collectibles. Participants from five countries (China, Japan, South Korea, Vietnam, and Brazil) compete in PUBG Mobile and Peacekeeper Elite to get the opportunity to play in the tournament finals alongside famous gaming influencers from each of the participating countries. ESE is responsible for the production and infrastructure of the show, including the development of the project concept, media plan, technology implementation, marketing, and overall campaign roll-out.

The first set of NFTs launched included images of the character that represents South Korea in the tournament, the country where the event was launched. The four NFTs were made available on the NFT marketplace “AirNFTs”, and sold out quickly. ESE and BTCV plan to release a set of NFTs for each of the 4 remaining countries in which “SkillzVault by Bitcoin Vault” will take place.

If the launch of the remaining “SkillzVault” NFTs continues to be successful, ESE will look into integrating NFTs in its other future endeavors. “We are still in the experiment phase with NFTs,” said Radek Popiel, Chief Communications Officer at Bitcoin Vault. “The market has seen incredible growth in the past year, so we decided to release a series of NFTs together with ESE to create collectibles related to this unique event. This is just the first step, and more will come in the coming weeks while we advance into ‘SkillzVault’.”