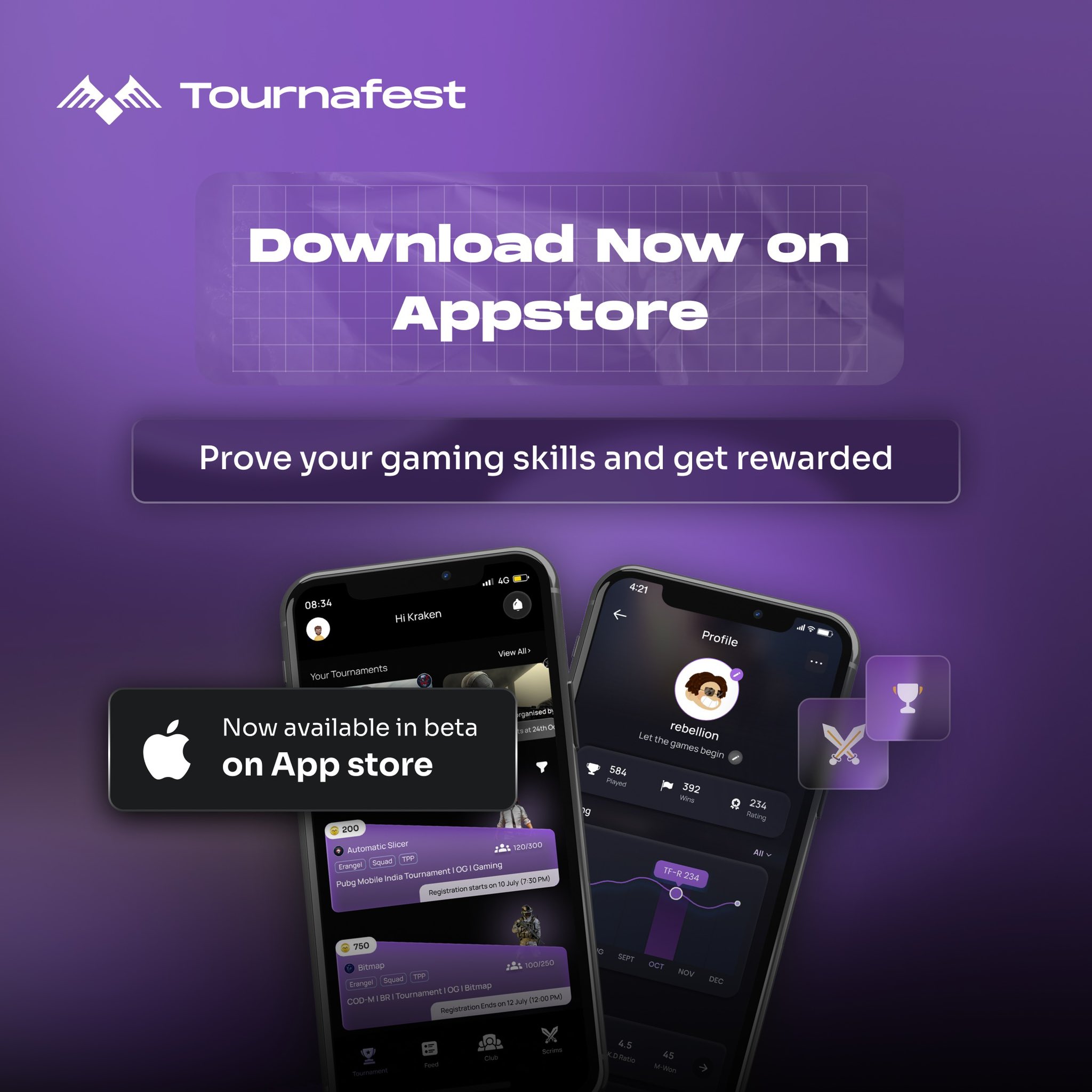 Indian gaming startup Tournafest announced that they had secured pre-seed funding of $402,312 from a clutch of investors, including India Quotient, FirstCheque, some executives at OYO, and other angel investors. The Rajasthan-based startup was founded in April by a bevy of regular gamers with work experience in esports’ diverse functions, along with marketing, design, and the technical software segments.

“Tournafest is exclusively designed for the fast-growing gamer community of India,” the company wrote in a statement. “It aims to provide gamers with the opportunity to compete in tournaments and practice scrims hosted by leading gaming communities in India. The gamers are part of a collaborative community of enthusiasts and can showcase their performance on the platform. At the same time, Tournafest enables organizers to conduct scalable esports tournaments seamlessly and exhibit their verified progress to the corresponding sponsors.”

Esports has gradually emerged as one of the most lucrative industries in recent years, especially post the pandemic. The gaming market in India is anticipated to be valued at $7 billion by 2026, and has made its mark in mainstream sporting tournaments such as the Asian Games.

Gaming startups in India have attracted deals worth $1.6 billion in the first nine months of 2021, exceeding the total value of investments in the sector in the last five years, according to a new report by investment banking platform Maple Capital Advisors.

(All information was provided by VCCircle)

0 comments on “Gaming Platform Tournafest Gets Pre-Seed Funding From India Quotient, OYO Executives, And Others”