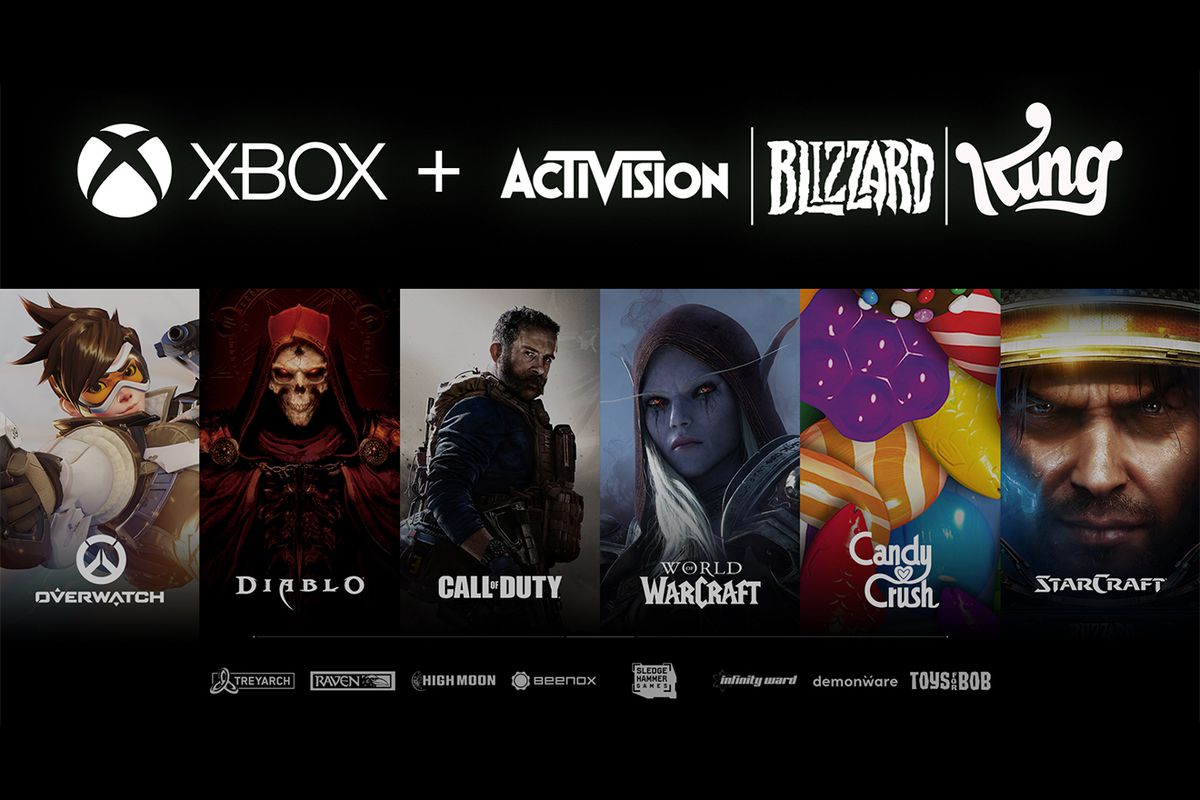 Microsoft made history on January 18th when the company announced plans to acquire the major video game publisher Activision-Blizzard. This deal, which is one of the biggest in the history of the gaming industry, will be an all-cash transaction that is valued at $68.7 billion. As a result of this acquisition, Microsoft will reportedly become the third most-valuable gaming company in the world based on revenue behind only Tencent and Sony.

“Gaming is the most dynamic and exciting category in entertainment across all platforms today and will play a key role in the development of metaverse platforms,” said Satya Nadella, the CEO of Microsoft. “We’re investing deeply in world-class content, community, and the cloud to usher in a new era of gaming that puts players and creators first and makes gaming safe, inclusive, and accessible to all.”

According to The Verge, Bobby Kotick will continue to serve as the CEO of Activision-Blizzard for the time being. However, reports indicate Kotick “won’t remain once the feal is fully closed.”

This acquisition will also see Phil Spencer, the former head of Xbox, take on a new role as the CEO of Microsoft Gaming. As a result, all Activision-Blizzard employees are expected to report directly to Spencer as soon as this deal is completed.

There is a little bit of fear that the deal won’t close, which would explain why the stock is trading under its acquisition price. I was encouraging Microsoft to spend billions on Discord, and love to see this kind of conviction around their gaming strategy. Microsoft was sitting on almost $130 billion in cash reserves, and what better place to put that in gaming? Satya clearly has a vision.

Did Microsoft overpay? If you think about it contextually, this deal was 17 times what Disney paid for Marvel. Is Activision-Blizzard worth 17 Marvels? Probably not. So, if you ONLY look at it like that, then they clearly overpaid. However, this is about content, games, Xbox Game Pass, and maybe the future. Game Pass is a huge growth area for Microsoft and this bolsters that offering significantly. They would have to double or triple the number of Game Pass subscriptions to justify this purchase. That’s a tall order, but not impossible.

Rumors indicate that Bobby Kotick didn’t want this deal, but the board did. However, if this was his doing, it’s genius. He’s grown the business significantly over the last decade, but it has come at a steep cost. He mortgaged the future of the business to squeeze every last dollar in the present, and now he gets out before that grim future arrives! It’s pretty brilliant timing by Bobby. In fact, this could go down as some of the best timing ever.

Maybe this is more about the future and a ten-year time horizon. It’s possible they have IP, games, and technology that we haven’t seen yet. Sony took a big hit after this announcement. They lost billions of dollars in market cap. It’s fair to say Xbox has won the console war at this moment in time because they are in a no-lose situation. If Xbox Game Pass is somehow able to make its way to PlayStation, then they will definitively win the console war. If Game Pass doesn’t move to PlayStation, they will have still won the console war because they are just a better value proposition right now (assuming ATVI games all come to Game Pass). It doesn’t matter what Microsoft does, they have won.

Microsoft clearly has more conviction in gaming as the future of entertainment, than any other tech company in the gaming space. They have spent more money than anybody else. So what’s next for the rest of big tech? I think Facebook (Meta) or Amazon buys EA. EA is the next company on the target list.

(All information was provided by CNN, Microsoft, The New York Times, and The Verge)