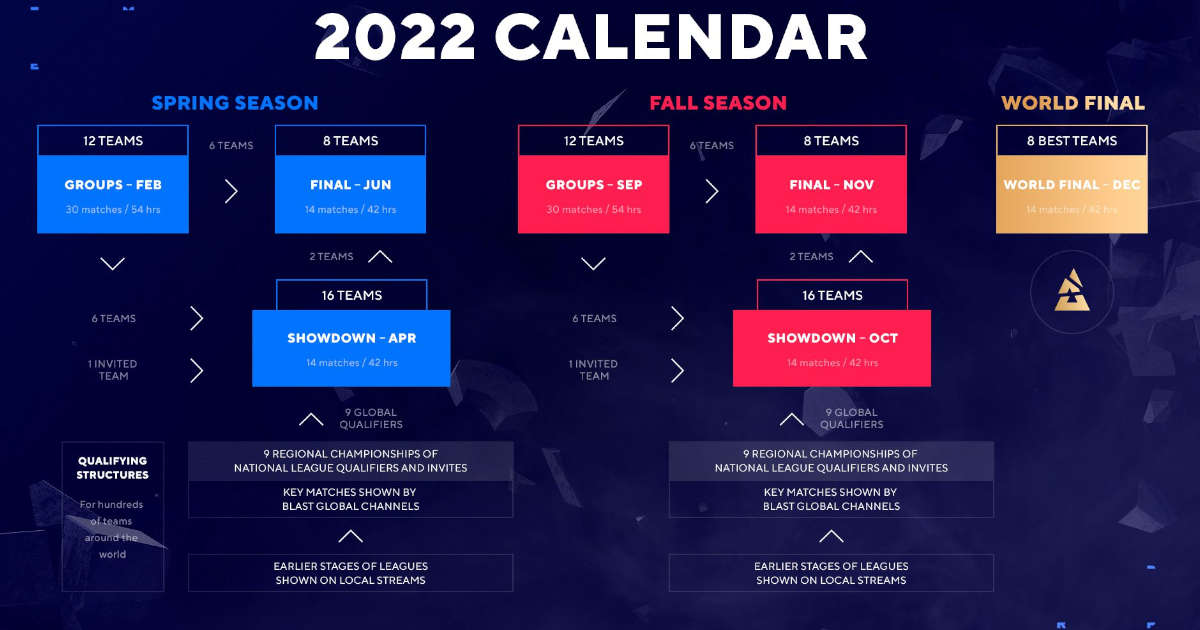 Details have now been announced for the 2022 BLAST Premier CS:GO tournament series. This edition of the series will feature seven CS:GO events played throughout 2022 with a prize pool of $2.47 million.

Some changes have been made to the Group and Showdown stages of the event. The Spring and Fall Showdowns have been split into two regions: Europe/North America and the rest of the world. Spring Groups and both Showdown events will be played online while Fall Group play will be hosted in a LAN studio setting. The Spring Final, Fall Final, and World Final will be held in an arena setting.