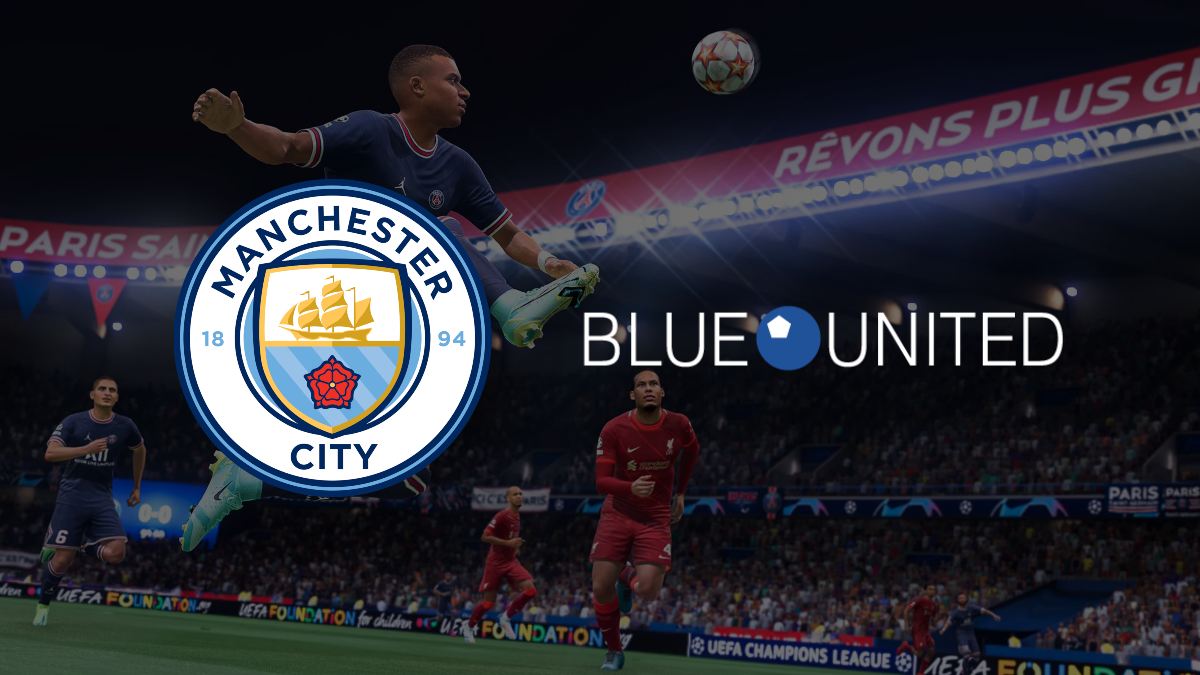 The current Asian Champion in FIFA, Blue United eFC, is partnering with City Football Group (CFG) as they continue their participation in the FIFA 22 Global Series. As part of the deal, Blue United will wear new sky blue official playing kits that will feature the CFG logo. Blue United talent will also participate in a number of CFG and affiliate fan events, in addition to the creation of joint bespoke esports and gaming content.

“I am delighted to collaborate with City Football Group, one of the most successful football business entities in the world, which owns notable football clubs such as Manchester City,” said Takehiko Nakamura, the CEO of Blue United. “Our objective lately has been to build our own properties so we can accomplish our vision to contribute to the development of Japanese sports businesses and to the globalization of the sports industry to make it one of the top sectors in the world. We are proud that our professional esports team, Blue United eFC, which was founded 4 years ago as part of this initiative and climbed to become one of the top teams in Asia, has been recognized. With this collaboration, I am hopeful that we will take another significant step in the right direction. Our company and our team will continue to strive to meet expectations, and we appreciate the continued support.”

Besides being the current Asian FIFA champion, Blue United eFC has qualified for three out of the last four FIFAe World Cups, breaking industry records. They were crowned Champions of the FIFAe Club World Cup in 2021 in the East Asia Zone.

They are ranked in the top five globally and are composed of two professional gamers, Agu and Tsakt, who are considered to be among some of the highest-level talent in football gaming by industry experts and media.

(All information was provided by Manchester City FC)