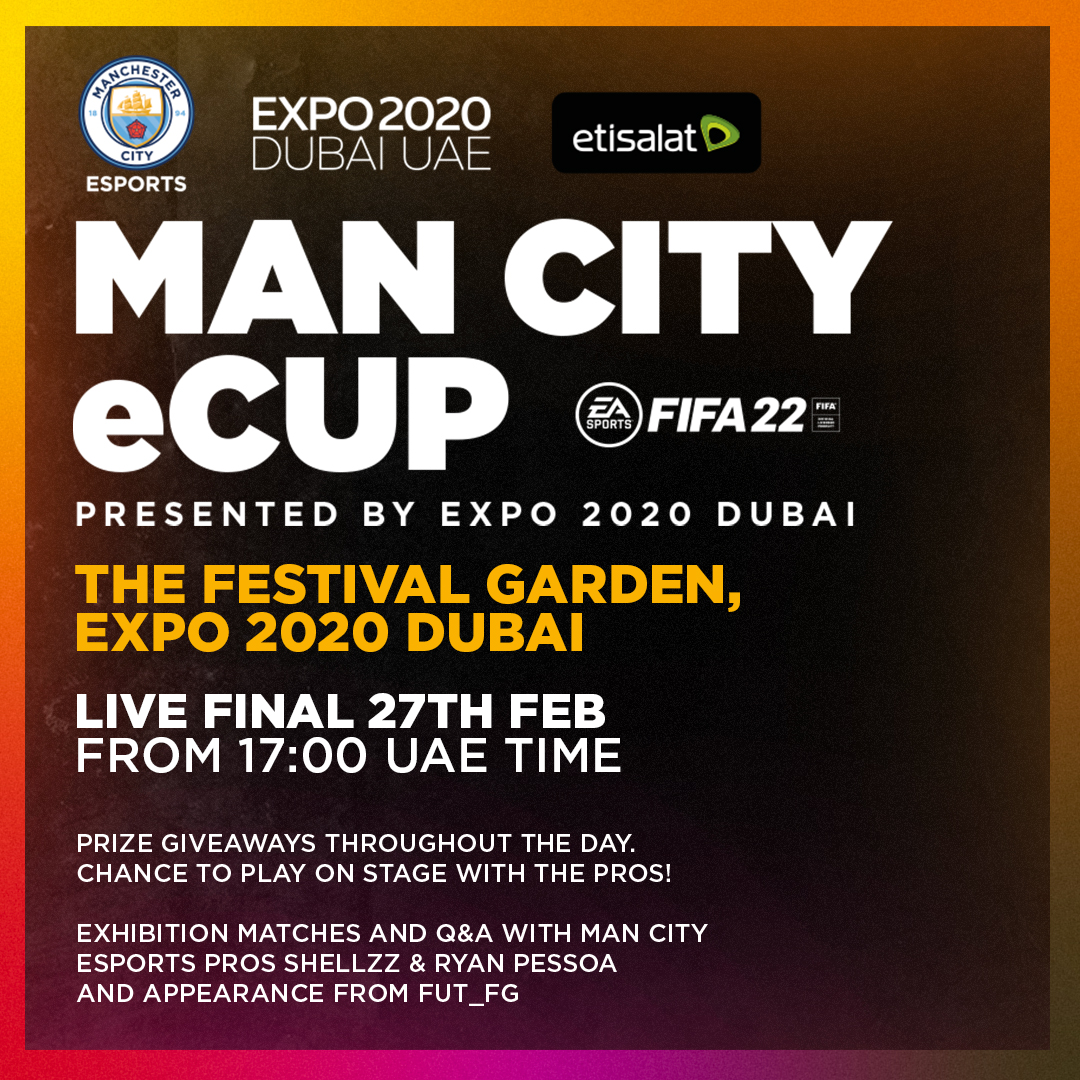 Manchester City has launched the Man City eCup presented by Expo 2020 Dubai, a FIFA tournament for football fans and gamers in the United Arab Emirates. The live event will include the FIFA tournament Finals, in addition to a showcase 2v2 match including City’s FIFA pros Ryan Pessoa and Shaun “Shellzz” Springette and a Q&A session with the players. The tournament is an extension of the partnership that Expo 2020 Dubai has with Manchester City and the Club’s esports operations and will also be supported by the Club’s Official Telecom Partner, Etisalat.

“It’s fantastic to hear that Manchester City and Expo 2020 Dubai are working together to bring the Man City eCup to fans and gamers in the UAE,” said Pessoa. “There is new talent emerging within the esports space across the world and I’m looking forward to watching them compete in this tournament and be part of the Finals event at Expo 2020 Dubai later this month.”

The qualifying rounds began on February 19th and February 20th, with the top two players securing their spot at the live final event at Festival Garden, Expo 2020 Dubai on February 27th, as well as a share of the $2,500 total prize pool.

The tournament will be livestreamed on Manchester City’s Twitch.

(All information was provided by Manchester City)