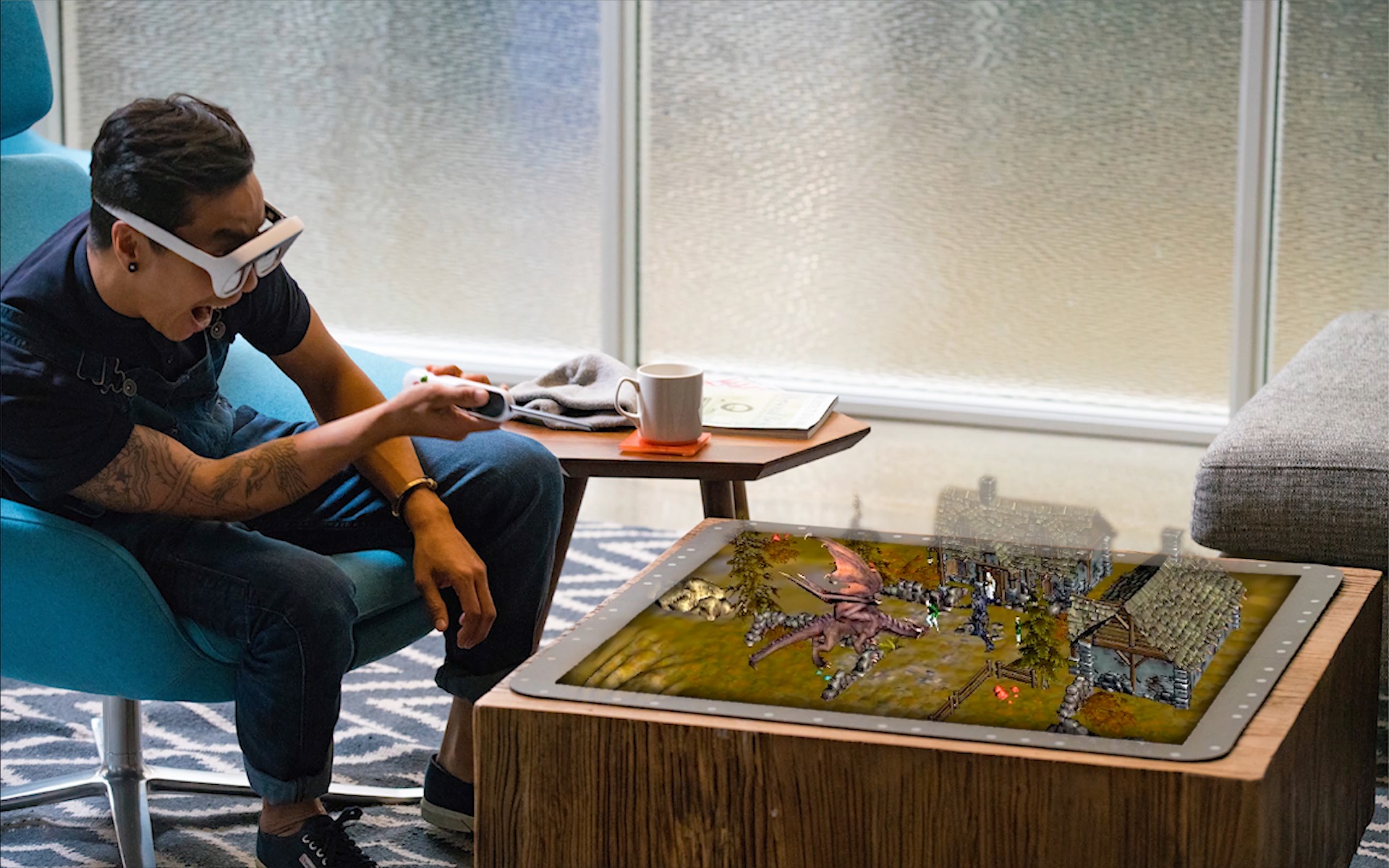 Tilt Five Inc., an Augmented Reality (AR) entertainment system that engages users in tabletop 3D holographic environments is pleased to announce official launch titles available for the gaming system. The Tilt Five system was developed with gamers and tabletop enthusiasts in mind and invites players to level up game night with the magic of immersive 3D technology. Using proprietary AR glasses, a retroreflective gameboard, and a wand motion controller, players can explore holographic worlds with their family and friends together at home or online.

“Tilt Five’s tabletop AR has a big advantage over fully immersive AR … everybody has a table at home to play with, but very few have the empty space that immersive AR requires,” said Javier Davalos, Lead Developer & Designer at Figmin XR. “Once you realize how much space to place content you actually have, your mind explodes!”

While Tilt Five is currently shipping to its Kickstarter backers, consumers in North America are able to reserve a kit on the website for shipments in Q2. Those in other countries can sign up to be notified when shipping to new regions begins.

The official Tilt Five launch titles are as follows: