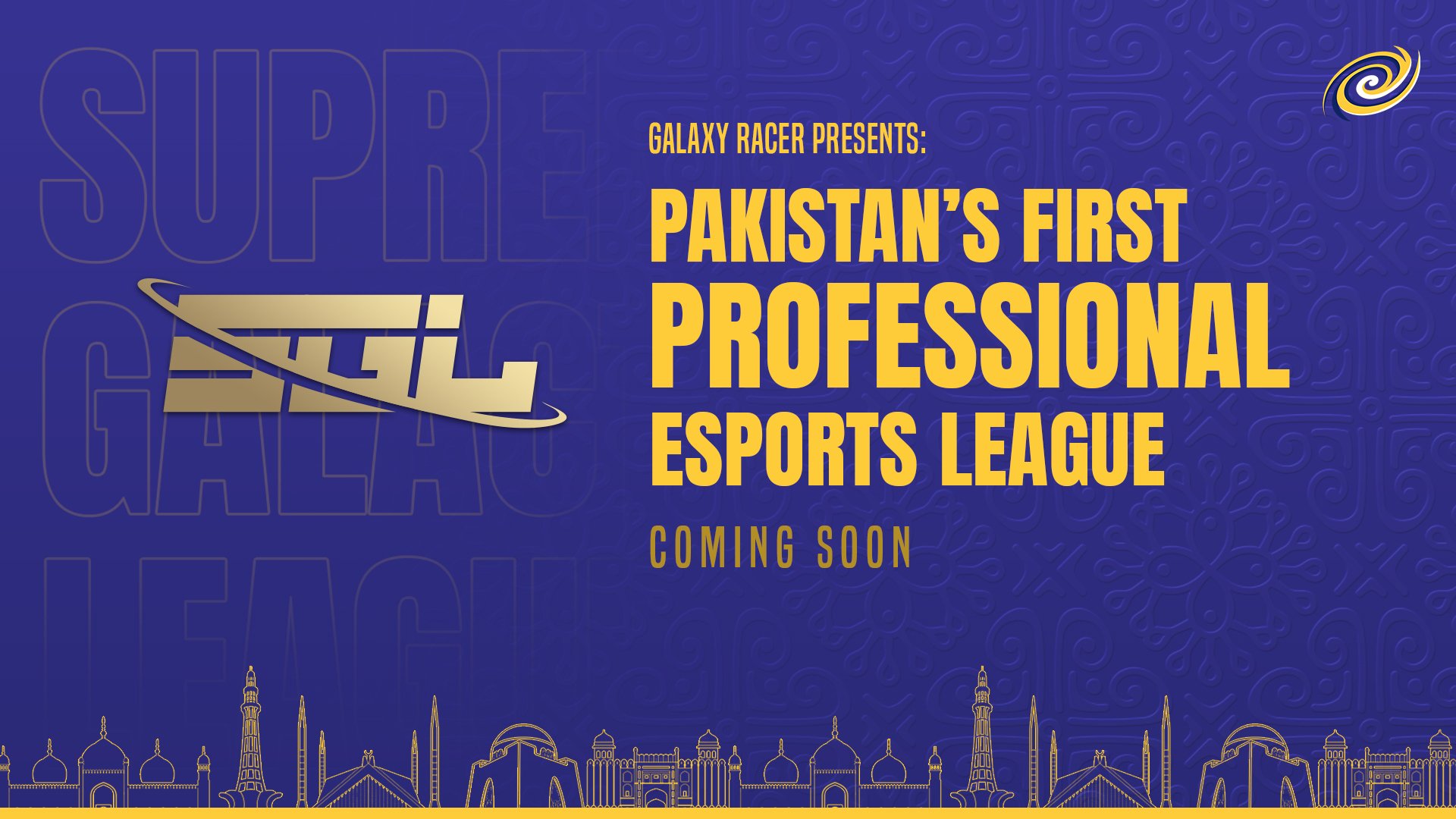 Galaxy Racer formally announced the official launch of Pakistan’s first-ever professional esports league, the Supreme Galactic League on April 5th. The Supreme Galactic League will be the first time in the history of Pakistan that eight professional esports teams from across the country as well as other renowned names will compete against each other on the national stage.

Qualifiers for the event will be kicking off this August with the final LAN tournament hosted in October. The rounds will also be hosted in a closed arena to ensure a safe environment for all players, and they will be live-streamed online for fans. More information about the teams and owners involved, distribution of the prize pool, games, live-streaming platforms, and the schedule will be revealed soon.

“We have seen tremendous support from the local esports community that has helped us evolve into a firmly established esports organization in a short span of time,” said Walid Singer, Chief of Staff of Galaxy Racer. “The Supreme Galactic League is a testimony of our long-term vision of contributing towards the growth of esports in the country by attracting Pakistan’s top esports teams to battle it out with a best-in-class league structure.”

The recent expansion of Galaxy Racer into Pakistan began back in January 2022, with the launch of Gamers Galaxy, the biggest esports tournament in the history of Pakistan, which was attended virtually by Pakistan’s President Dr. Arif Alvi. The event was hosted at the Pakistan-China Friendship Centre in Islamabad with over $100,000 in the prize pool, which boosted the country’s gaming ecosystem and nurtured gaming talents, giving them a platform and opportunity for competitive esports.

(All information was provided by European Gaming Industry News)