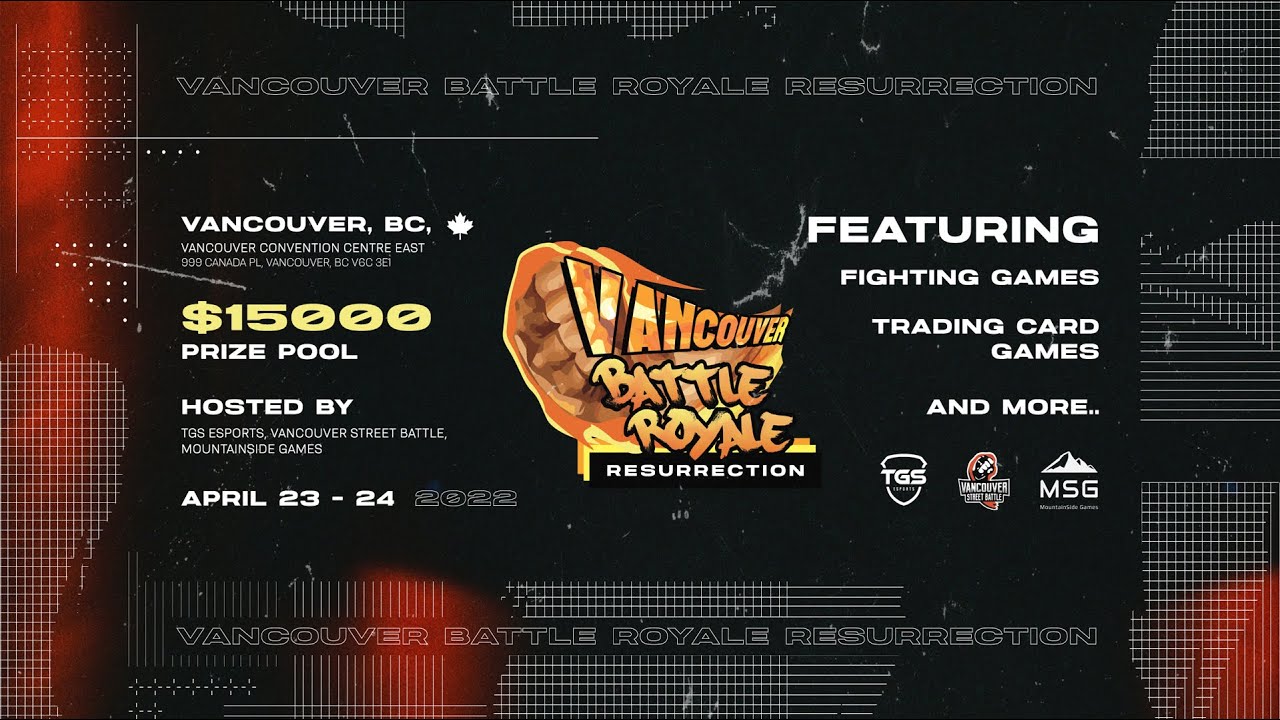 The event hosted by The Gaming Stadium in partnership with Vancouver Street Battle and Mountainside Games will feature the most games of any tournament ever run in the province to date with over 20 different titles and a grand total of $15,000 up for grabs.

“VBR is a special event for both TGS and VSB,” said Spiro Khouri, CEO of The Gaming Stadium. “In 2018 we hosted VBR in the current home of TGS and it was the starting point for the company TGS has become. Bringing it back was a no-brainer for us as it has a tremendous sentimental value not only internally but also for the entire Pacific Northwest gaming community. We are super thankful to VSB, MSG, and of course our partners at the Vancouver Convention Centre for being with us at VBR. We look forward to an amazing event!”

Along with the usual fighting game titles such as Guilty Gear Strive and Super Smash Bros Ultimate, the event will also feature multiple card game tournaments such as Yu-Gi-Oh and Magic: the Gathering. It will also feature events hosted by Anirevo, one of Vancouver’s biggest anime conventions.

(All information was provided by Daily Hive Vancouver)