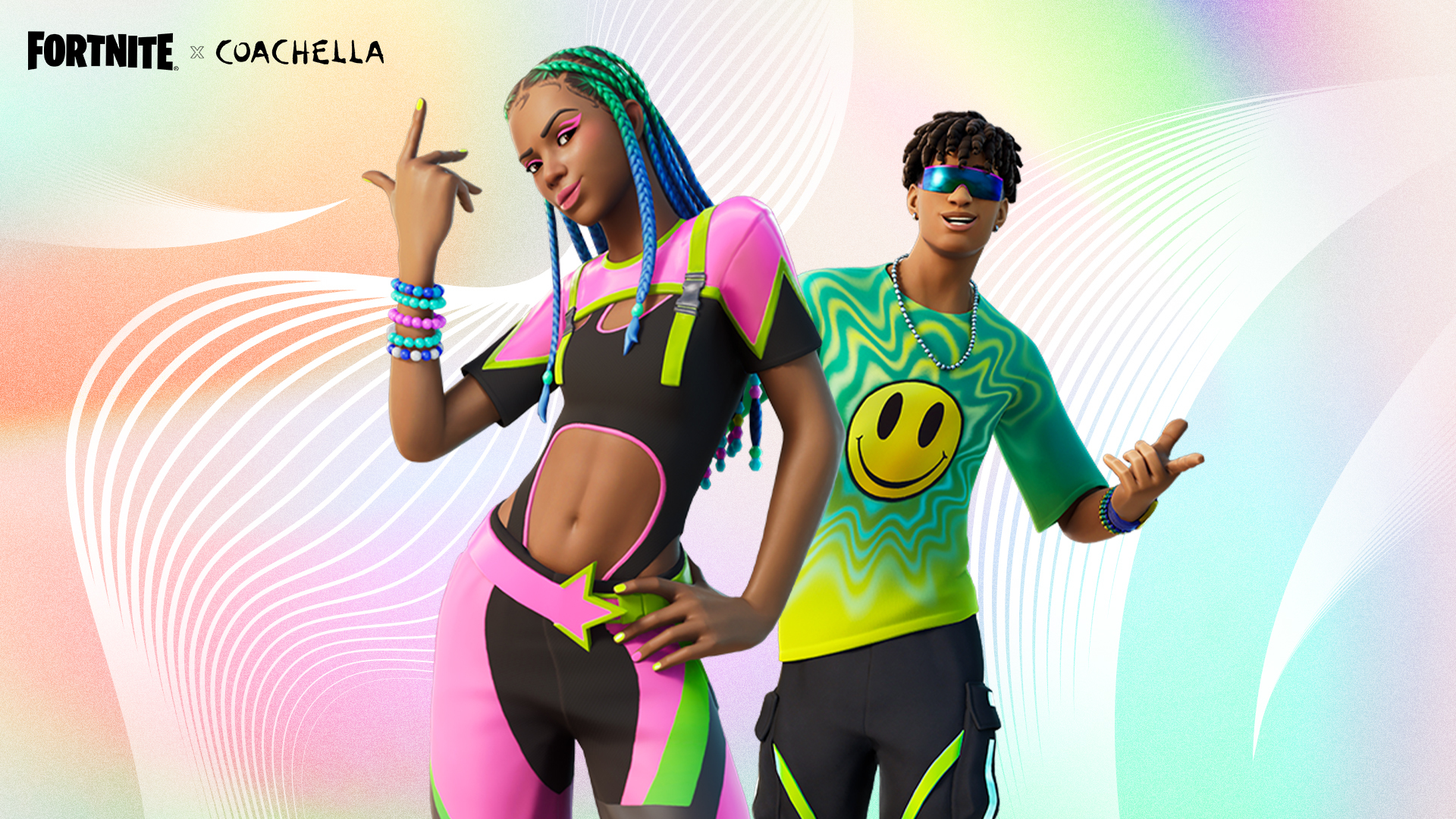 Coachella has teamed up with Fortnite! On April 14th, Epic Games announced that it would be bringing the fashion, and, of course, the sounds of Coachella to the organization’s hit game, Fortnite. This represents the music festival’s first foray into the world of gaming and is expected to include numerous skins alongside several other types of in-game features.

Epic and Coachella released two sets of skins to coincide with the first and second weekends of the music festival, which began on April 14th and ran through the 22nd These specialized outfits, which are obviously inspired by Coachella’s sights, sounds, and fashion, will react to the music that is playing in-game. The first set of skins hit the Fortnite Shop the night of April 14th.

And, for you fans that are looking for more than just cosmetics, you’re in luck. Coachella will be taking over Fortnite’s Icon Radio until May 16th. This means that players will be able to listen to music from more than 30 artists that will be featured at this year’s concert while driving vehicles in-game.

Coachella is an annual music and arts festival that takes place in California. Harry Styles, Phoebe Bridgers, Carly Rae Jepsen, Big Sean, and Louis the Child were some of the musicians that performed at this year’s event.

Is there a proper overlap between the target demographics here? That is my main concern. I’m not convinced that the average Coachella attendee also plays Fortnite (and vice versa). A couple of weeks back, I was watching some big-name streamers talking about Coachella. When asked if they were going to the concert, they all kind of laughed at that idea. I think Coachella is on the decline as a brand and pop culture movement. Maybe that’s why these two sides joined forces? So they could be two things on the decline TOGETHER.

(All information was provided by Epic Games, The Verge, and Wikipedia)