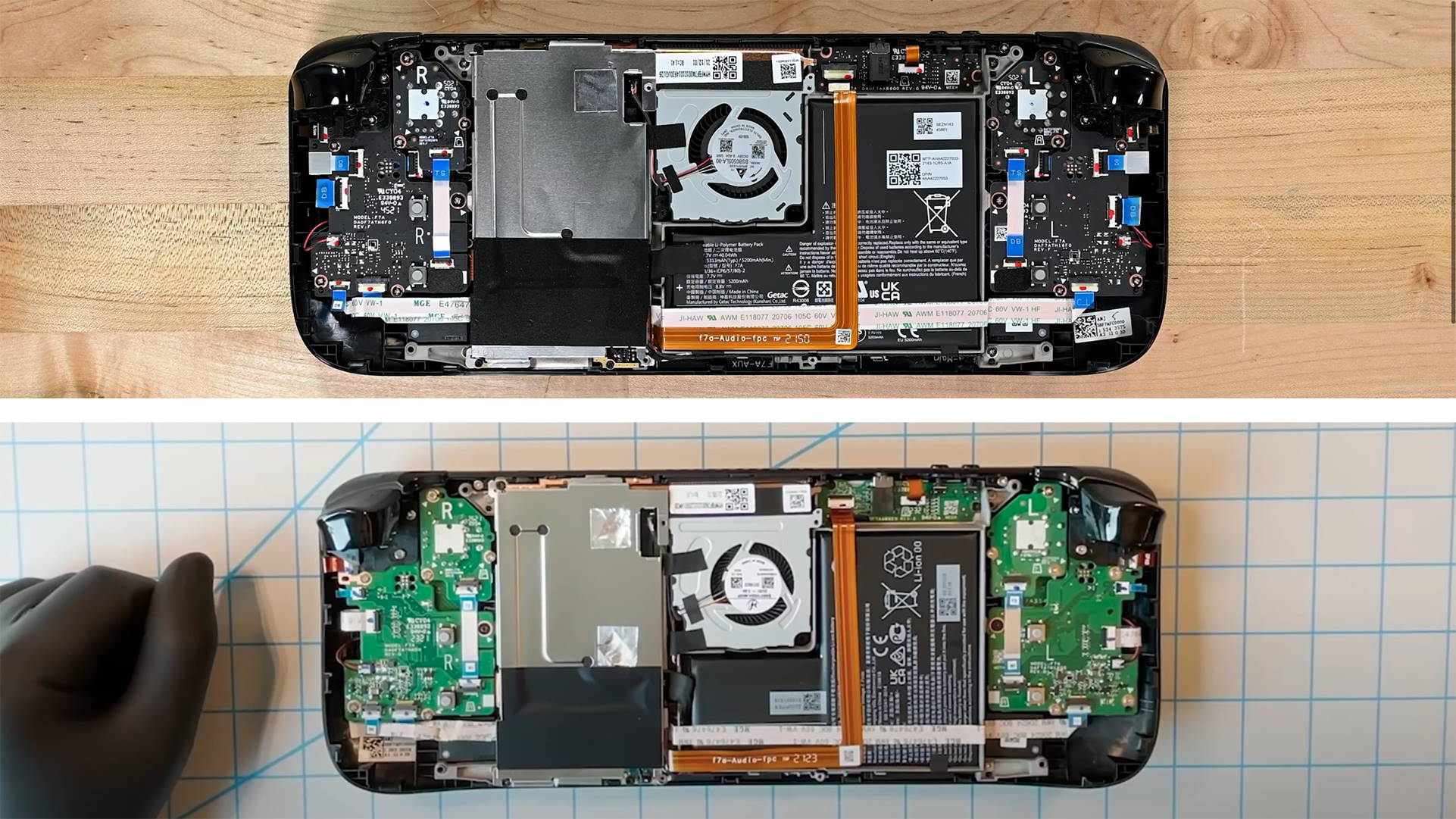 Valve has repeatedly insisted that the Steam Deck doesn’t come with external GPU support, shooting down gamer’s hopes of connecting an RTX 3090 and cranking the graphics settings to Ultra. At the same time, Valve keeps emphasizing how the Steam Deck is an open platform, a device that can be modified to fit a user’s needs and preferences.

Well, the folks running the ETA Prime YouTube channel found a way to augment the Steam Deck’s custom AMD Zen 2 processor and RDNA 2 graphics with an AMD Radeon RX 6900 XT GPU, a high-end desktop graphics card. Interestingly, they first tried to mod the Steam Deck with an Nvidia GeForce GTX 1650 card, but they quickly discovered that the device didn’t work well with cards from AMD’s rival.

Since the Steam Deck doesn’t contain a Thunderbolt port (it uses a standard USB-C), ETA Prime had to jerry-rig an M.2 connector with a PCIe x4 interface by swapping the internal SSD with an external dock. They then connected a desktop-grade power supply cube to the GPU to give it the juice the diminutive Steam Deck lacks. Since the M.2 slot was being used for the external GPU, a microSD card had to be employed for all OS and game storage. And while ETA Prime would have kept SteamOS 3.0 on the Deck, since Valve’s operating system can’t be booted from a microSD card yet, the mod uses Windows 11 instead.

And yet, even with a stunted RX 6900 XT, the Steam Deck quadrupled its performance in synthetic 3DMark benchmarks and played demanding games like The Witcher 3 at 4K resolution on Ultra settings at an average of 108 frames per second. The modded Steam Deck even played GTA V at 4K on Very High at 73 fps and Elden Ring on 1080p at Max setting at 46 fps. Again, the Steam Deck’s RX 6900 XT card was being bottlenecked by its low-power APU and slow storage, but even then, the system saw huge performance gains.