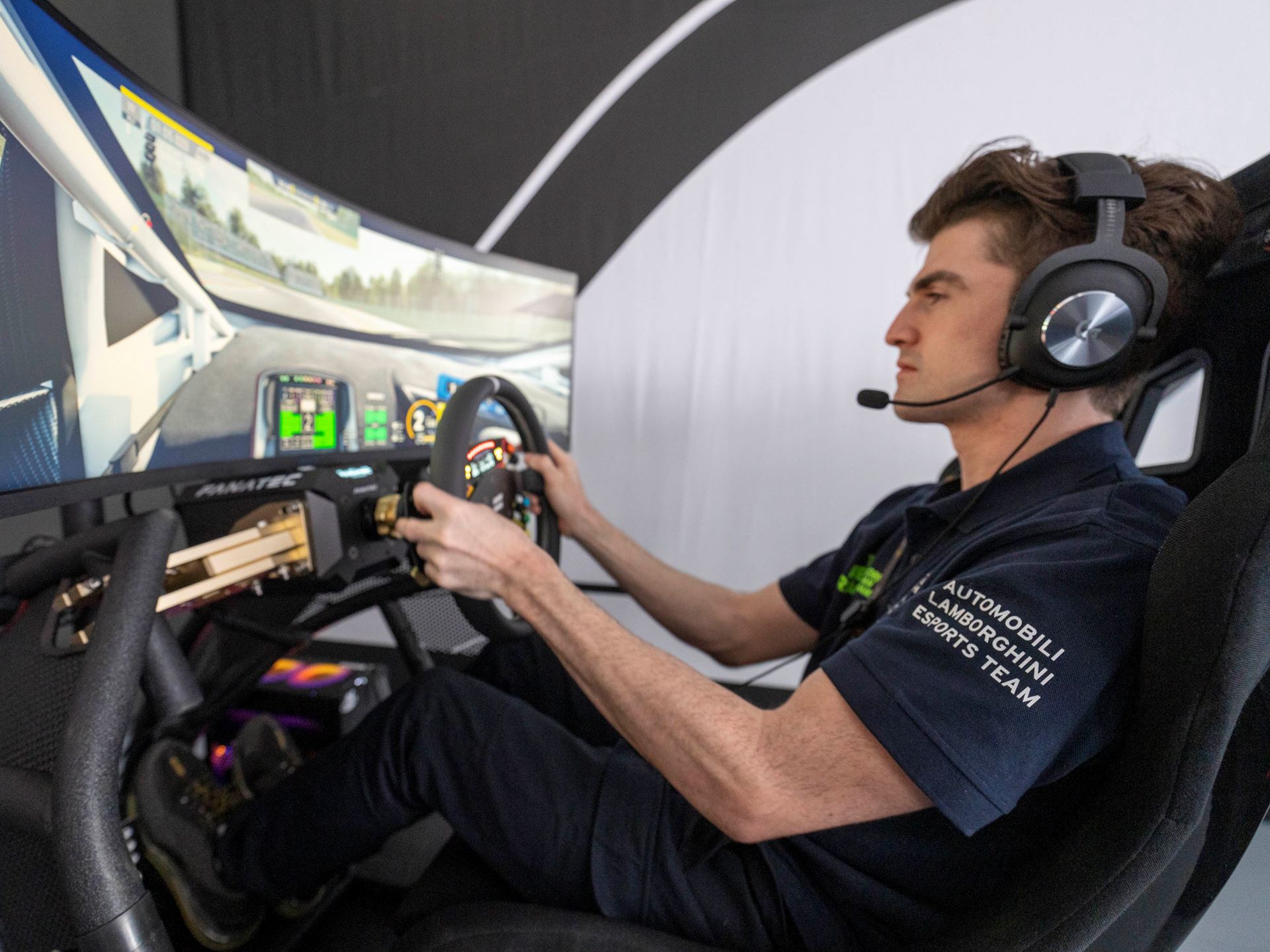 22-year old Jordan Sherratt has joined Gianfranco Giglioli and Giorgio Simonini at the Lamborghini brand in the SRO Esports Championships. After dominating the South African sim racing scene for some time now, Sherratt has claimed multiple titles, and will try and maintain that success as part of the Lamborghini Esports team.

If you asked what makes Sherratt such a successful sim racer, he would say it’s his work ethic.

“I definitely think the amount of effort I put in sets me apart,” said Sherratt.
As with anything, practice is the most important key to learning and improving. For most things I do, I deeply research and analyze everything to put myself in the best position possible to do well!”

When Sherratt moved from real racing cars to sim racing, he started with a Logitech G27 wheel and pedals on a homemade DIY rig. As time went on and his success grew he moved over to a Direct Drive Wheel, Load cell Pedals and an aluminum extrusion rig – allowing him full immersion into the competition he loves so much. The key difference between his entry level rig and the one he currently races on is definitely the ability to be completely taken in by the game you’re racing in.

According to Sherratt, he feels a lot more now with direct drive compared to the Logitech G27 with regards to the wheelbase. However, he is also quick to point out he was just as fast on his old Logitech wheel in comparison to the Direct Drive Wheel he currently uses.

(All information was provided by Red Bull)