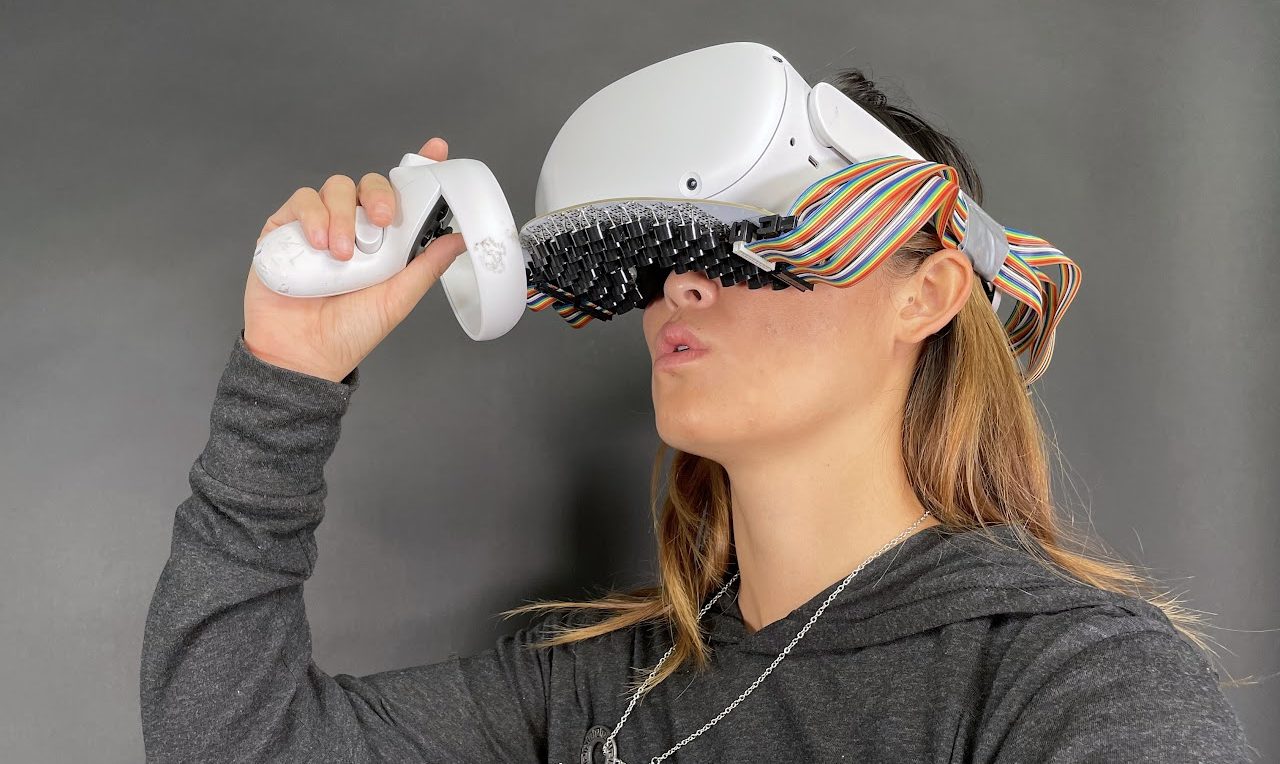 A team of scientists from Carnegie Mellon University’s Future Interface Group has outfitted an Oculus Quest 2 with ultrasonic transducers that are able to generate ultrasonic energy. Weirdly enough, this energy is then directed at the user’s mouth, creating sensations and swiping motions across their lips, causing vibrations of different speeds and intensities.

The scientists released a demonstration video to illustrate the unique sensations created by this ultrasonic energy. The video shows the user walking through a forest with spider webs, highlighting the usage of the ultrasonic transducers to replicate the feeling of spider webs brushing across your face. The spider then jumps onto the player, engaging more haptics so that users can (unfortunately) feel the arachnid’s legs running across their mouth.

Other, less terrifying simulations include a water fountain running across the user’s lips or the feeling of drinking a cup of coffee. While it could be a while before these mouth haptics their way to consumer products, it’s certainly a major advancement in the world of VR.

To get to the metaverse future, we need technology like this in order to satisfy all the senses. This is just proof that we are closer to that future than most people think.

(All information was provided by Comicbook Gaming and PCGamer)