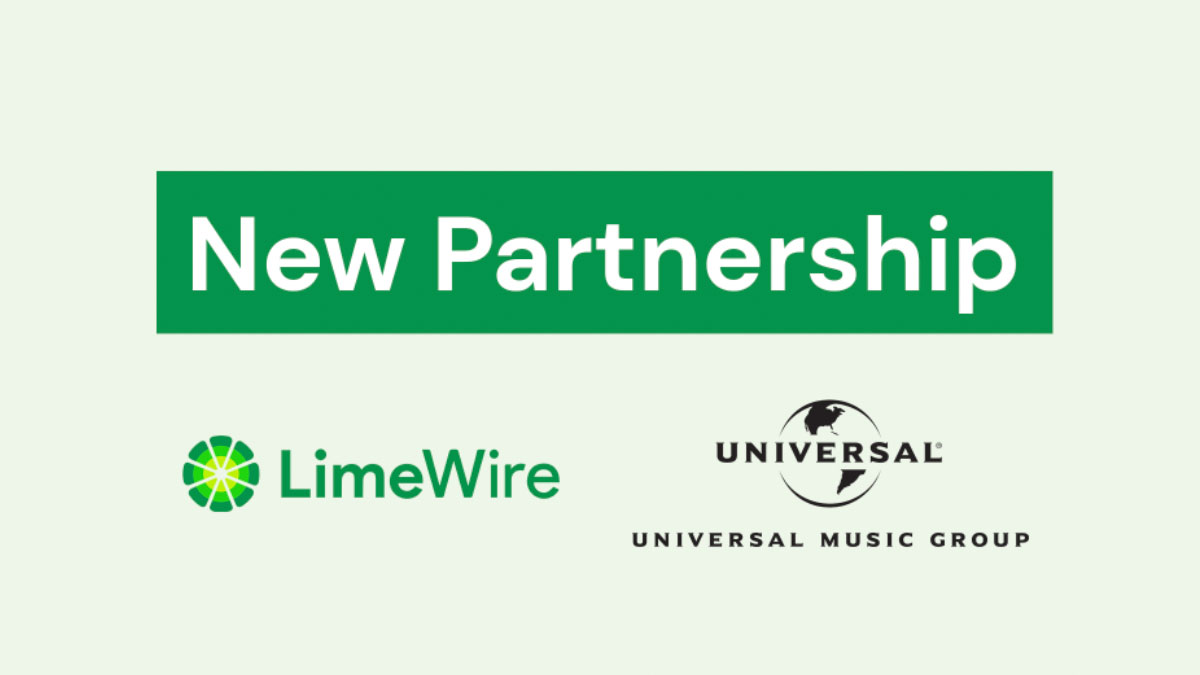 LimeWire has announced a deal with Universal Music Group in a partnership which will see both sides collaborate to make digital music collectibles more accessible to a wider audience. Additionally, Universal’s record labels including Def Jam Recordings, Capitol Records, Motown Records, Geffen, EMI, Virgin Music, and more will all be able to leverage the LimeWire marketplace to grow their brands and engage with fans through digital music collectibles and Web 3.

Moreover, Universal will provide licenses that will allow LimeWire to partner with their artists in order to create and launch music-based NFT projects through the LimeWire marketplace.

“We see this partnership as a true demonstration of the pace at which the music industry is embracing Web3,” said Paul and Julian Zehetmayr, Co-CEOs of LimeWire. “We’re thrilled to open up the LimeWire NFT ecosystem to Universal Music Group artists and fans and can’t wait to see the first creative projects being launched on the marketplace.”

(All information was provided by CoinDesk and Cision PR Newswire)