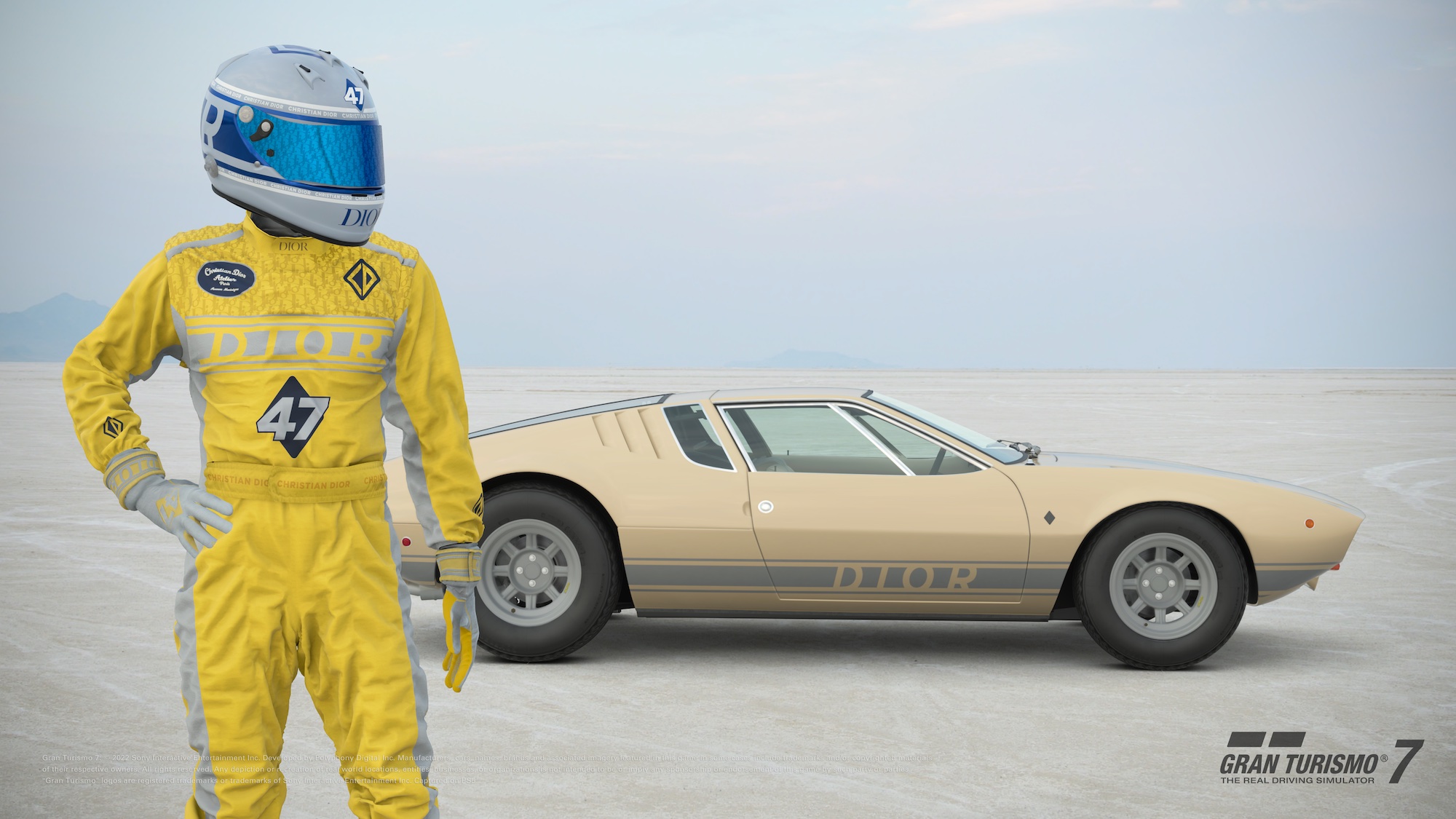 In a surprise announcement that was made at the recently held Gran Turismo World Series, Polyphony Digital, the developer responsible for GT7, announced that it had agreed to a partnership with the luxury fashion brand Dior. This marks the first-ever virtual fashion project for the luxury brand.

As a result of this partnership, Kim Jones, the organization’s artistic director for men’s collections, will be creating an exclusive series of in-game items for players to unlock. This includes a racing suit, a helmet, gloves, and shoes.

To coincide with this announcement, the two companies also released a video depicting a virtual driving avatar decked out in a Dior-branded yellow and gray racing suit. This design featured Dior’s oblique pattern as well as the Christian Dior Montaigne logo, which celebrates the Christian Dior-based Parisian design house.

The number 47 is also featured on the virtual avatar and in-game items several times, symbolizing the year 1947. That was the year that Dior was founded as well as the year that the company hosted its first fashion show.

Along with the avatar accessories, Polyphony also introduced a classic supercar that will be available to Gran Turismo players this month as part of the game’s Hagerty Collection Legends bundle. The items will be available to purchase in the game on August 25th, which is when we can also expect a game update.

(All information was provided by Forbes, Google, and Hypebeast)