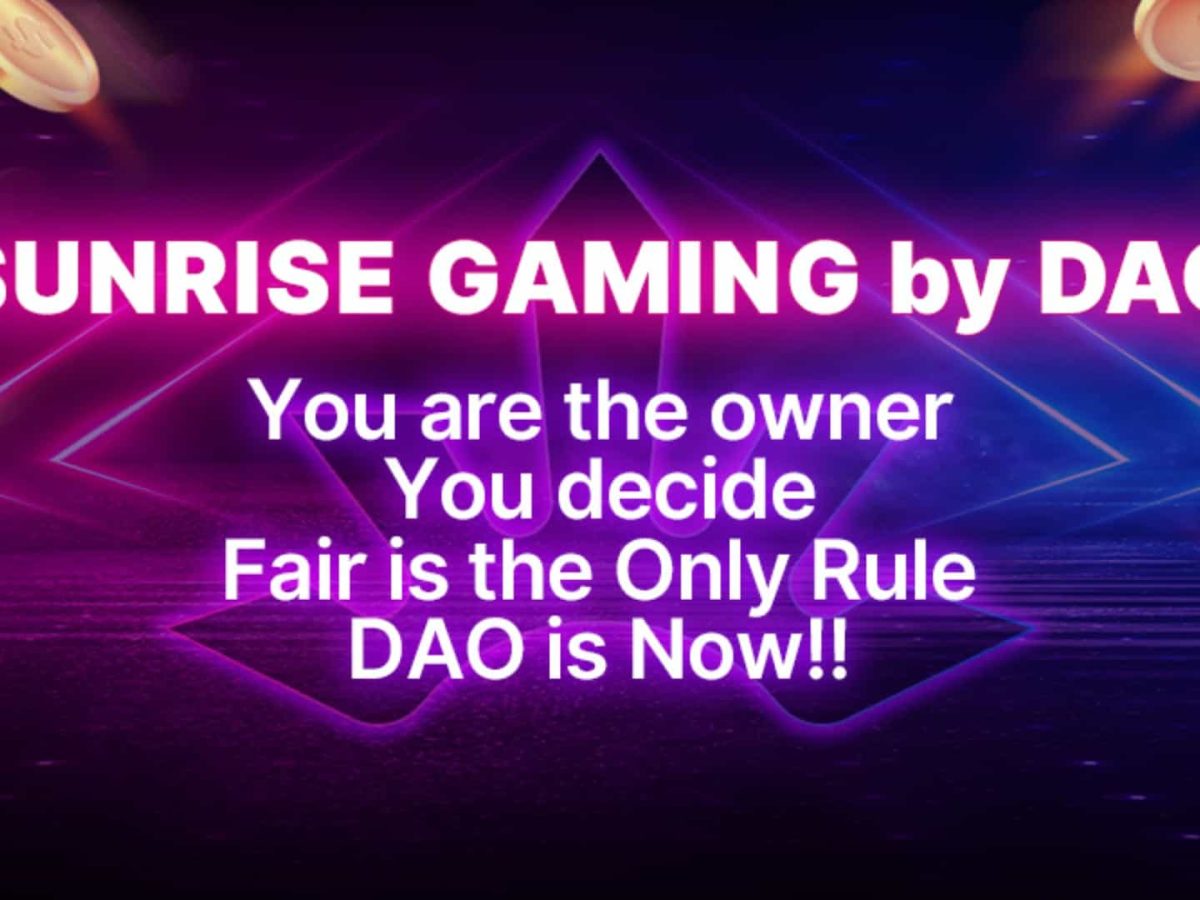 On August 22nd, Sunrise Gaming by DAO officially launched the alpha version of its gaming platform. This comes as part of the company’s plan to create a comprehensive on-chain casino following the conclusion of a successful token presale last August.

The Alpha version of Sunrise Gaming’s games has faster loading times and is safer for players to use. The company is hoping to increase the games’ speeds when the beta version is rolled out. Sunrise Gaming has said that these fixes will happen in the near future.

Sunrise Gaming by DAO has also launched this platform as a way to answer some of the long-standing problems that have plagued the online casino gaming industry. It will do this through transparency, meaning all revenues and results will be published on the blockchain, ensuring Sunrise Gaming by DAO is not stealing profits. Moreover, the platform has no vested interests. This means that all proceeds will be wholly-distributed to SUNC Holders, NFT owners, and players.

“These games are fair and transparent. All operations are fully recorded on the blockchain,” reads a press release. “This is why SUNRISE GAMING BY DAO will change the entire landscape of the online gaming industry.”

Sunrise Gaming is currently working on establishing a voting system so that SUNC holders have a major say in the decisions the company makes. However, the voting system is still currently being developed.

(All information was provided by GlobeNewswire and InvestingCube)