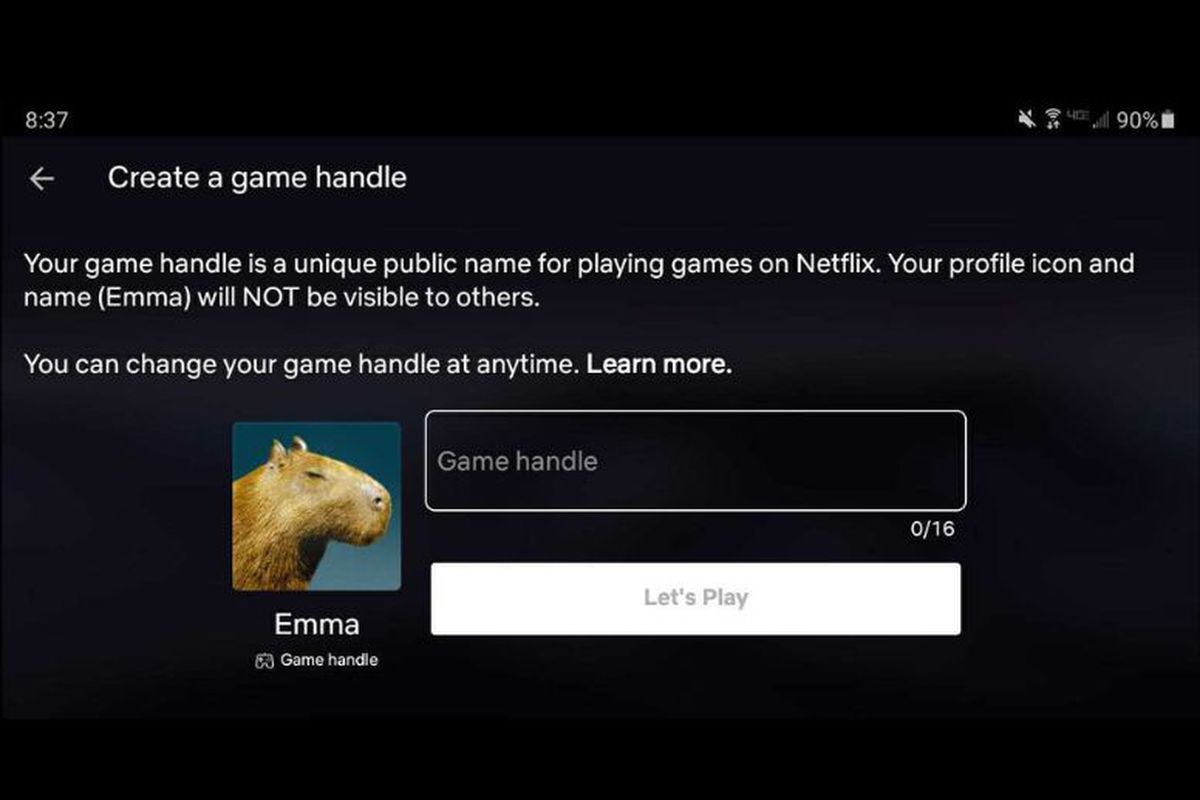 It sounds like Netflix has begun testing gamertag handles that can be created and used publicly when playing mobile games. As The Verge puts it, this will allow people to easily identify other gamers in the Netflix community, giving them the chance to invite people to play new games while also providing players with a ranking on Netflix’s global leaderboards.

“We are always looking to improve our member’s experience on the service and are exploring different features to enrich the Netflix mobile games experience,” said Netflix spokesperson Kumiko Hidaka. “We don’t have anything else to share at this time.”

According to Hidaka, Netflix introduced gamertags to select titles in July, including Into the Breach, Bowling Ballers, Heads Up!, and Mahjong Solitaire. Unfortunately, it’s not clear when Netflix will introduce this feature to more of its games.

Netflix has been working furiously to establish a presence in the ever-growing gaming space since the streaming service launched its mobile game offering last November. As of this writing, the company is hoping to have a library of 50 games in its portfolio by the end of 2022.

(All information was provided by TechCrunch and The Verge)

0 comments on “Netflix Working On A New Gaming Feature”