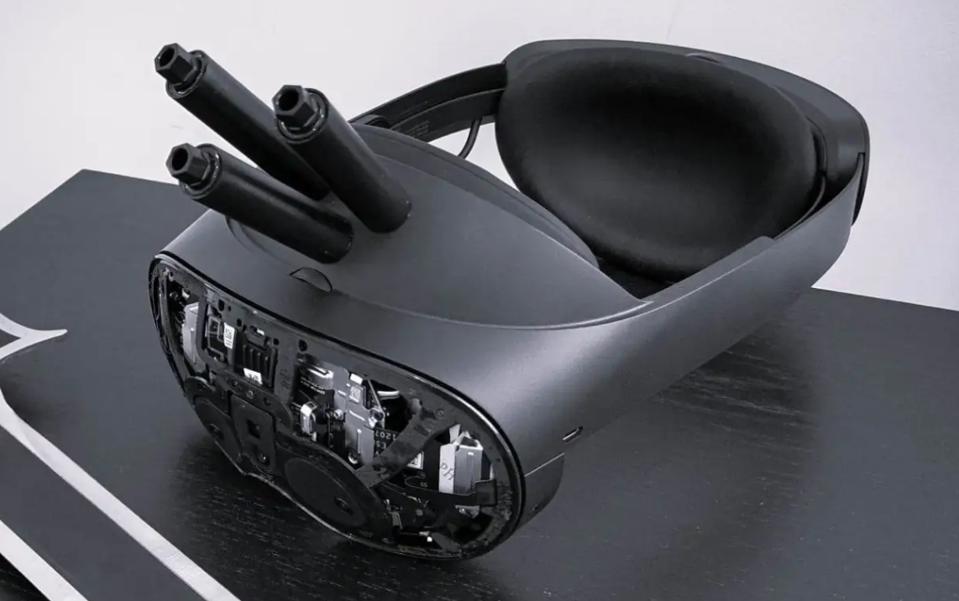 As the founder of Oculus VR, Palmer Luckey has become synonymous with virtual reality gaming experiences. Now, he is putting an interesting spin on VR by creating a headset that will literally kill you if you die in-game.

“The idea of tying your real life to your virtual avatar has always fascinated me — you instantly raise the stakes to the maximum level and force people to fundamentally rethink how they interact with the virtual world and the players inside it,” Luckey wrote in a blog post. “Pumped-up graphics might make a game look more real, but only the threat of serious consequences can make a game feel real to you and every other person in the game.”

This headset was inspired by the Japanese anime series Sword Art Online. In that show, characters would put on NeveGear VR headsets only to discover a mad scientist had trapped them in a virtual world. If the players died in the game, they would end up dying in real life.

Luckey’s VR headset will respond to a certain game-over screen. This will cause the device to emit a lethal level of microwave charges that instantly destroys the user’s brain.

Luckey is still “ironing out the kinks” as Consequence.net puts it. But, in all likelihood, this product will never go to market because Luckey explained that “it is just a piece of office art.”

This title is total clickbait. I don’t know if we should be getting our hardware designs from Japanese Anime. I am confident this won’t go to market. The premise is definitely interesting, though. An element of real risk could make video games more immersive. There is a spectrum here between headsets that kill you and headsets that don’t. Maybe we could make headsets that can cause you a small amount of pain if you take in-game damage.

(All information was provided by Consequence.net and Wikipedia)

0 comments on “This VR Headset WILL LITERALLY KILL YOU!!!”