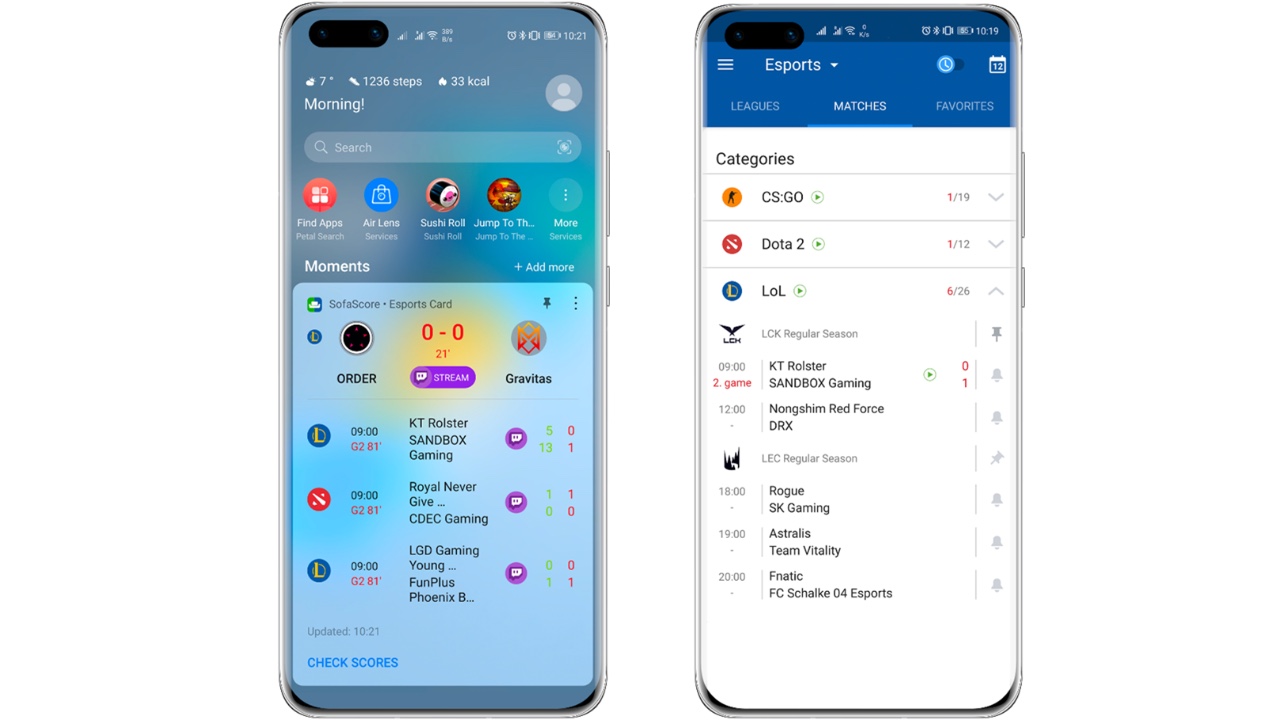 Earlier today, Huawei Assistant announced it is receiving the support of an esports “card” so that the AI-based tool will provide scores, results, and news from major gaming events, leagues, and tournaments all around the world. Huawei will be partnering with app developer SofaScore to integrate the company’s new esports discipline into the Assistant.

SofaScore is a company that specializes in providing sports data and analytics from sports leagues, tournaments, and events around the world. The new esports update will provide information on CS:GO leagues, Dota 2 leagues, and League Of Legend leagues.

Huawei Assistant will allow individuals using SofaScore to swipe left in order to access the company’s esports “card.” SofaScore will also provide links to live streams of games in the “card” feature. These streams can be displayed on multiple platforms based upon the league, game, category, and tournament owner.

Huawei is showing true leadership here and I love this move from them. It is incredibly smart to be integrating esports updates directly into their phones, and I hope that manufacturers like Apple, Google, or Samsung follow suit. While many users may not be looking for esports scores, the fact that this data would be surfaced and presented could potentially result in building curiosity and mainstream mindshare.

(All information was provided by Pocketnow)