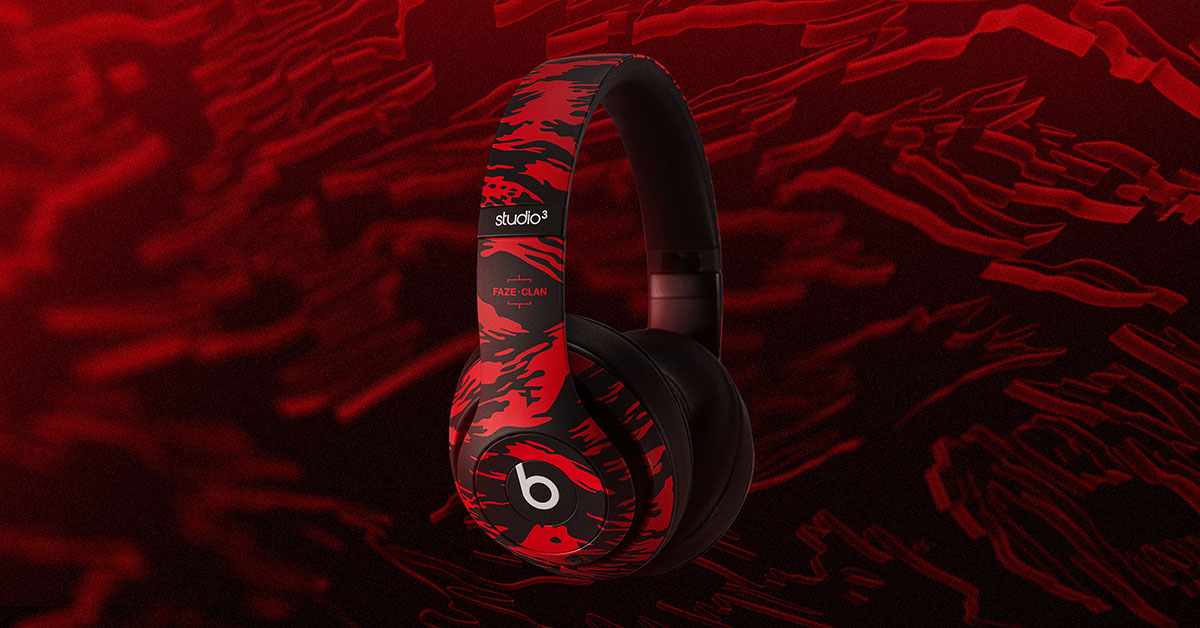 Beats By Dre has teamed up with FaZe Clan to produce a new color for the company’s Powerbeats Pro headphones. The new headphones were inspired by FaZe’s iconic black and red camouflage look. The company made the new product available for purchase starting on March 22nd.

Beats By Dre did release a statement expressing excitement about the new product. “Beats and FaZe Clan are teaming up once again for an even hotter release,” they said. “The limited-edition Beats  FaZe Clan Powerbeats Pro blends the world of professional gaming and traditional sport with the only earphone you need to get your head in the game. The earphones feature FaZe’s iconic red tiger camo and FaZe Clan logo on the charging case. Just like our first drop, these pay homage to the ultra-elite skin in their favorite first-person shooter game.”

A lottery was also held through NTWRK with the prize being a number of collector’s bundles. Beats promised to include a one-of-a-kind Ben Simmons signed jersey, authenticated and signed Upper Deck FaZe Clan trading cards, and signed FaZe basketballs for lucky customers who can get the limited edition collectors bundle.

(All information was provided by Talk Esports and iMore)

0 comments on “Beats By Dre Announces Collaboration With FaZe Clan”