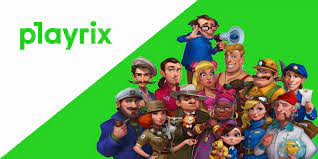 In late-March, Russian gaming giant Playrix announced it was acquiring Boolat Games, a Ukrainian gaming studio. According to a report from East-West Digital News, the terms of the acquisition have not been disclosed at this time.

“Each of our projects features exquisite art style and innovative gameplay elements with emphasis on details, vivid lively colors, and a balance between engaging puzzles and touching stories,” says Boolat Games. “Designed with skill and imagination, our games captivate millions of players all over the world and get critical acclaim.”

Boolat Games is best known for producing multi-platform, free-to-play adventure games. According to data collected by VC.RU, Boolat Games is one of the top three global game publishers based on generated revenue.

Playrix has made several acquisitions over the last few years. In 2019, the company invested in Vizor, a major Belarusian game publisher. They have also recently acquired Zagrava Games as well as Armenia-based Plexonic.

(All information was provided by BNE Intellinews)