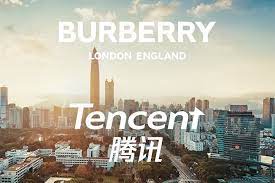 A partnership between Tencent Games and Burberry to create customizable skins for characters in the mobile game Honor of Kings appears to now be over. An Honor of Kings spokesperson later confirmed the deal is off on social media website Weibo.

“The ‘Honor of Kings’ project team has now decided to cancel the new skins of ‘Yao’ and ‘Spirit of Forest & Ocean Legend’ skin project with Burberry,” a translation of the post said. “We will continue to work hard to continuously improve the gaming experience of the majority of players.”

Burberry originally signed the deal with Tencent back in November of 2020. At the time of the agreement, Tencent and Burberry said they were targeting China’s fashion-forward, digital customers with this new joint endeavor.

It’s unfortunate to see this partnership fail. There are obvious ways that high fashion should be working with gaming. This was a good idea that clearly got bogged down in other issues.