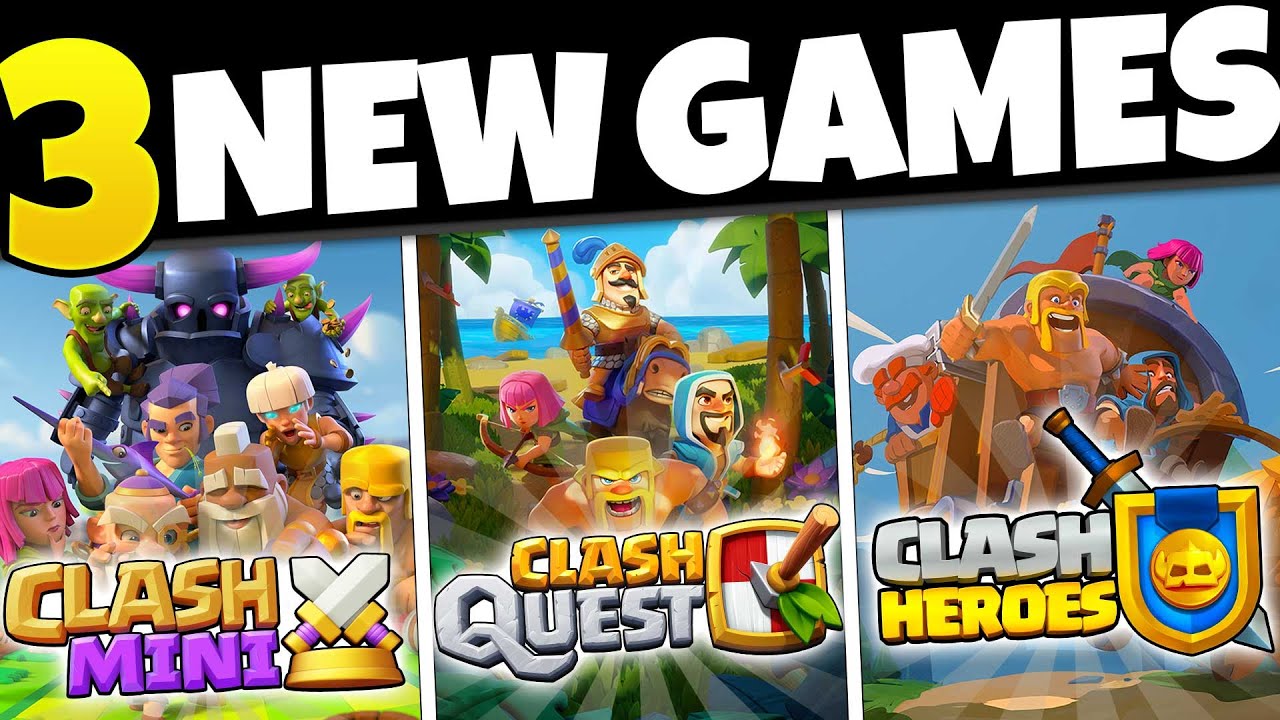 Supercell, which is the developer of mobile games Clash of Clans and Clash Royale, announced they are making three new titles. Clash Quest, Clash Mini, and Clash Heroes are the three games that will be added to the franchise.

“Simply put, our goal is to create games that players love and remember forever, so today’s announcement is a bit special in that sense – mainly because we’ve never done anything like this before,” Supercell wrote. “We usually don’t spotlight games that are deep in the development process, however, considering these are all Clash games, we hope our community finds this as exciting as we do!”

Clash Quest is a turn-based tactical adventure game where players have to create troops and battle against defenses and bosses on the islands. Clash Mini is a virtual board game in which players build teams of miniatures based on real characters from the Clash universe. Clash Heroes is a co-op action role-playing game where players must complete adventures in the Clash universe.

Players interested in these titles can sign up to get updates on when these games will be available in their country. The games may not yet be widely available since the games are in beta.

(All information was provided by The HinduStan Times and Supercell)