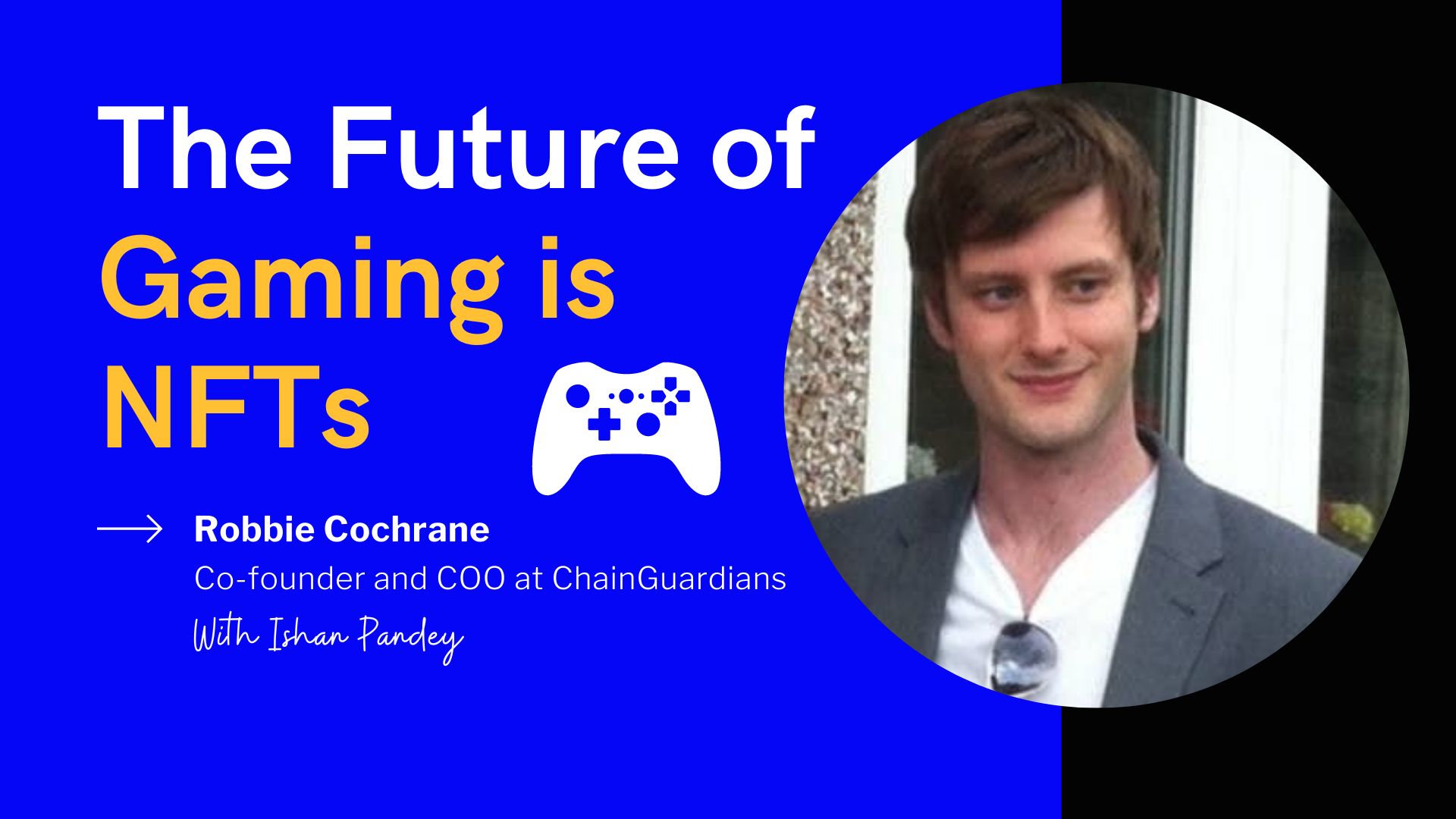 Robbie Cochrane, the COO and Co-founder of ChainGuardians, recently sat down for an interview with Ishan Pandey of Hackernoon. During the conversation, Cochrane said non-fungible tokens (NFTs) are the future of gaming.

“I think, for now, the two will co-exist (traditional gaming and blockchain gaming), but in time, we’ll see more and more sophisticated gamers move into the blockchain gaming space. It’s a matter of audiences; huge numbers of gamers are children and younger adults, who probably do not have the education or understanding of how to interact with web3 tools or the blockchain for the moment in time,” Cochrane told Pandey. “And until our industry/blockchain gaming platforms are set up for mass streamlining, it’s unlikely that we’ll see many of this customer base crossover for the moment in time. That said, gaming has been around since I was a kid now, and the ‘older’/OGs will definitely continue to move across into this space, in my opinion. Within the next few years, I suspect we’ll see more and more of a customer base make its way over into the blockchain gaming space.”

According to Euromoney, blockchain is a method of recording information that makes it almost impossible to hack or cheat the system. There are several benefits to blockchain in gaming. It helps securely buy and sell in-game assets, enables interoperable profiles for players, and allows for the projection of the value of intangible assets.

(All information was provided by Hackernoon)

0 comments on “ChainGuardians Co-Founder: NFTs Are The Future Of Gaming”