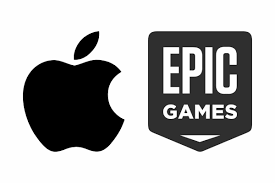 Apple Inc. recently said it plans to argue that “it faces abundant competition in the market for video game transactions” as the company prepares to defend itself against Epic Games in a court of law. This comes after Epic Games made antitrust allegations against the tech giant.

“One thing is for sure: Apple is taking this case incredibly seriously. CNBC reports that top executives, including Tim Cook, are likely to testify,” writes Ian Morris of Tom’s Guide. “For Apple and potentially every company that operates a platform-specific store, like Sony, Microsoft, etc, this case could have serious implications. On Epic’s side, it appears that Epic founder and CEO Tim Sweeney will also be appearing in person.”

Apple and Epic Games field dueling position statements with the court on April 8th ahead of the trial in Oakland, California. Epic Games says that Apple represents its own distinct market for software developers. Meanwhile, Apple says consumers have choices in carrying out video game transactions, including purchasing virtual tokens from game developers on other platforms.

The federal trial between Apple and Epic Games is scheduled to begin on May 3rd, 2021. The businesses will argue over whether Apple’s 15% to 30% commissions for use of in-app payment systems amount to anti-competitive behavior.

Epic has no chance of winning this. They continue to pursue a lawsuit that distracts them from their business. Between this and the hundreds of millions burned on Epic Games Store freebies, I would be losing confidence in Tim Sweeney if I was an Epic investor.

(All information was provided by Tom’s Guide and HinduStan Times)