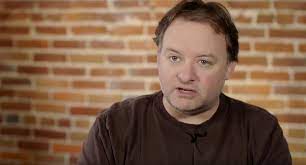 God of War creator and Twisted Metal co-creator David Jaffe recently said Sony Interactive Entertainment is working on “a counterpunch” to Microsoft’s Xbox Game Pass. Jaffe claims to have spoken to sources at PlayStation about the company’s plans to respond to their competitor’s subscription service.

“We had the guy on the show yesterday that had made the petition to fire Jim Ryan and I was like, ‘dude, that’s way premature’ because Jim Ryan doesn’t owe anybody, Sony doesn’t owe anybody, the truth about what’s coming and what their counterpunch to Game Pass is,” Jaffe said in a recent Youtube video. “What I can tell you is I know they are doing some stuff because I know people at Sony who have told me that they are doing some stuff. There will be a response to Game Pass. What it is we don’t know.”

Xbox Game Pass officially launched in June of 2017. Since then, it has brought in over 18 million subscribers to the company. The service offers Xbox and PC players access to over 100 games, including all first-party games at launch, with an increased number also now available on Android devices.

Sony obviously has to come up with a response to Xbox Game Pass or risk losing the console wars forever. It’s no surprise they are looking to “counterpunch” and it will be interesting to see if they bring something unique or compelling to the table to slow the growth of the Microsoft product.

(All information was provided by VGC)