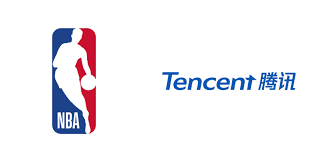 Tencent, a multinational conglomerate company, recently announced plans to build a billion-dollar esports venue in the business’s home country of China. This comes as Tencent has made many recent moves to expand its presence in the esports industry.

Aaron Dias is a writer for Essentially Esports. “Tencent has made professional gaming a central part of its plan to conquer online entertainment,” he writes. “This includes everything from mobile games to video streaming to social media. Furthermore, it is betting that esports will attract and maintain the internet audiences it needs, allowing it to expand to a size comparable to the $10 billion-plus NBA.”

According to a February 2020 article from Tom Kludt of The Guardian, “about 800 million viewers” from China tuned into the NBA in 2019. According to Statista, China bolstered 488 million gamers in 2020.

A billion dollar esports arena in China backed by Tencent makes a lot more sense to me than the $500M arena in Toronto. Between the popularity of Tencent-owned esports and the massive Chinese audience, this is likely a far better investment. We don’t have details on number of seats, etc, but this will be exciting to see come to life.

(All information was provided by Essentially Esports, The Guardian, and Statista)