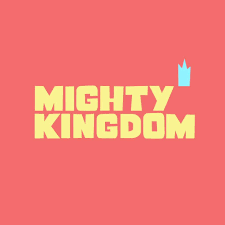 On April 21st, LEAF Mobile Inc.’s subsidiary, East Side Games, announced it had entered into a publishing and IdleKit partnership agreement with Mighty Kingdom Games. The companies plan to work together to create a globally accessible mobile game for Android and Apple devices.

“This IdleKit agreement with Mighty Kingdom is the first such agreement with a partner in Australasia, and second successive agreement that expands our studio partnerships into new geographies,” said Darcy Taylor, Chief Executive Officer of LEAF. “Mighty Kingdom brings a wealth of experience as Australia’s largest independent game developer and we’re excited to see their creativity in action with this new Sci-Fi project. We’re proud to see ESG’s IdleKit technology platform gaining global recognition and this partnership marks the 4th IdleKit partnership we’ve announced so far this year.”

Mighty Kingdom Games was founded in Australia in 2010. Over that time, the company has released over 50 games and registered over 50 million downloads.

Leaf Mobile is one of the world’s top mobile gaming groups. It was founded in 2018 and is headquartered in Vancouver, Canada.

(All information was provided by Investor Intel, Mighty Kingdom Games, and Google)