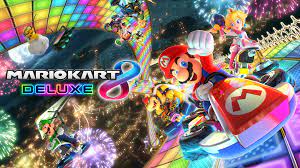 According to The NDP Group, Mario Kart 8 has officially become the best-selling racing game in the history of the United States. Research shows the title was the sixth-best selling game in the world during March.

Logan Moore, of Comicbook Gaming, said that while these sales numbers are obviously great, it could be bad news for future installments in the racing franchise. “So why exactly is this bad news if you’re hoping to see Mario Kart 9,” Moore wrote. “Well, basically, Nintendo has no reason whatsoever to develop such a game right now considering how well Mario Kart 8 continues to sell. To date, Mario Kart 8 is said to have sold over 40 million units around the world across Switch and Wii U. And on both respective platforms, it’s the top-selling video game from Nintendo. As we can see from this recent sales data as well, the game is almost always still selling amongst the top 10 titles any given month. For Nintendo to release Mario Kart 9 would only diminish the sales of a game that continues to be on fire nearly seven years after first releasing.”

Mario Kart 8 was initially released in 2014 for the Wii U with the Deluxe Edition of the game coming three years later. The game has since been remastered for the Nintendo Switch.

Racing games are easy to understand and have more mainstream appeal than other genres. A Nintendo racing game will always be even more family and mainstream friendly. The sales numbers for Mario Kart prove this out.

(All information was provided by Input Magazine, Comicbook Gaming, and The NDP Group)