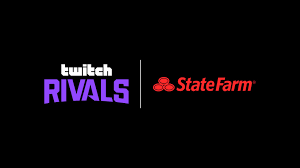 Insurance and finance company State Farm recently announced the organization has partnered with Twitch to become the official marketing partner of Twitch Rivals North America. The multi-year deal will have the businesses collaborate on several initiatives, including an unnamed event scheduled to take place later this year that will be hosted by State Farm. The company will also now be the main insurance provider for Twitch Rivals North America.

Twitch and State Farm have also partnered to create the “State Farm Spotlight.” This broadcast will see gamers and analysts break down different strategies and gameplay.