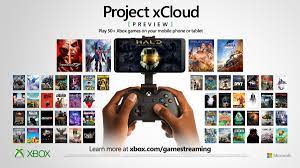 Invites to the closed beta platform are expected to come out continuously, according to Your Basin. Microsoft does reportedly plan to make xCloud available to all Xbox Game Pass Ultimate subscribers in the coming months.

(All information was provided by The Verge and Your Basin)