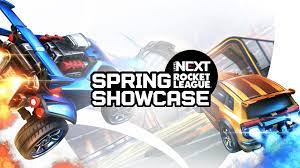 On May 4th, Learfield IMG College, one of the nation’s leading technology service providers for intercollegiate athletics, announced the addition of Rocket League to its list of events. As part of the agreement with Learfield and Psyonix, the game will be featured at the Level Next Rocket League Spring Showcase which begins soon.

Registration for the event closed on May 13th. The Level Next Rocket League Spring Showcase features a $125K prize pool and will run for four weeks.

“We’re thrilled to be working with Psyonix to incorporate such a popular, endemic game title like Rocket League into our Level Next events and broadcasts,” said Learfield IMG College EVP/Managing Director – Media and Partnerships Group Rick Barakat. “We have an exciting Spring Showcase planned for college students across the country, and we appreciate the support of Unilever as this is an exceptional platform to elevate their important give-back initiatives on college campuses nationwide.”

Learfield IMG College also announced Unilever as a cornerstone Level Next sponsor with significant engagement coming this Spring. An estimated 1,500 college students are expected to participate.

(All information was provided by PR Newswire and Level Next Esports)