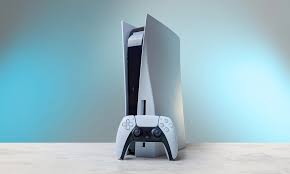 Sony recently released the company’s fiscal earning report for 2020. According to the information provided by Sony, the organization has sold 7.8 million Playstation 5 consoles as of March 31st, 2021. Thanks to these numbers, Sony recorded $3.14 billion in operating profits during the 2020 financial year, which is a new record for the business.

According to the company’s latest earnings report, Sony shipped out 4.5 million PS5s worldwide by the end of 2020. This means that from January through the end of March this year, Sony shipped an additional 3.3 million units.

According to research by the NDP Group, the Playstation 5 had a record-breaking month in March. NDP reported that the device became the fastest-selling console in American history, both in dollars and units.

Recent data collected by the NDP Group shows that video game spending increased by 18% in March of 2021 compared to a year earlier. This brings the number to a record-high of $5.6 billion.

(All information was provided by The Verge, NDP Group, and Yahoo! Finance)