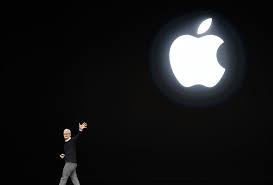 According to multiple reports, Apple is reportedly working on a portable hybrid console. It is believed this device will include a brand new SoC (system on a chip) as well as other improved features.

A recent posting from the Korean website Clien discusses Apple “preparing a Switch-like console.” This news comes following reports in late March that Qualcomm was also working on a device “similar to a Nintendo Switch.”

“This rumored portable hybrid console might have some room to pack a capable cooler, and some other aspects may set it apart from the rest of Apple’s products,” writes Omar Sohail of WCCFtech. “Firstly, the post claims that the company is working on a new SoC, and it will not be categorized under the A-Series of M-series of chipsets. Previously, MauriQHD spoke about Apple working on an ARM-based console, but it was rumored to tout an A-series chip, not a brand new one. With this console, Apple could make it slightly thicker, and a larger display means more surface area for spreading the heat.”

Gizmo China says that Apple has been negotiating with major video game developers to bring exclusive titles to the Apple Arcade. An Apple Arcade expansion project was launched by the company in April.

Apple has success because of their vertical integration between hardware and software. If their aspirations in the gaming space are real, then it makes sense for them to have dedicated Apple gaming hardware to pair with Apple Arcade.

(All information was provided by WCCFtech, Gizmo China, The Verge, and Apple)