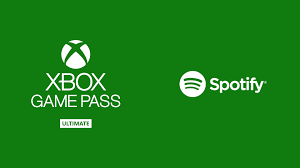 Tech giant Microsoft recently announced the company has entered into a partnership with Spotify. As part of the deal, certain Xbox Game Pass members will now be eligible for a four-month free trial of Spotify’s premium music subscription service.

“Download the Spotify app on your Xbox Series X, Xbox Series S, or Xbox One to listen to your favorite music and podcasts on your console,” it reads on the Spotify support page. “With Cortana, you can voice control the tunes. When you play Spotify on your Xbox, it continues playing when you go to your game.”

Xbox Game Pass continues to be one of the best values in gaming, and consequently, a very successful product. If Microsoft can continue to forge partnerships like this that bring value to subscribers, the service is assured a bright future.

(All information was provided by Windows Central, Screen Rant, and Spotify)