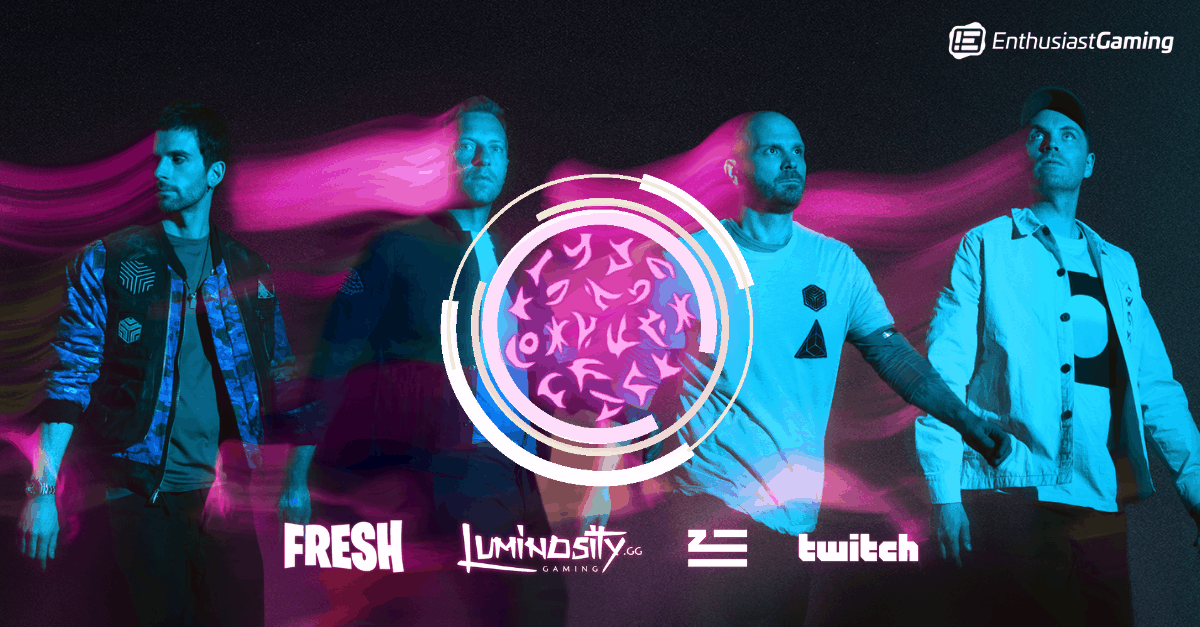 Enthusiast Gaming Holdings Inc. recently announced it teamed up with musical act Coldplay. The band and the organization worked together to celebrate the launch of Coldplay‘s new single “Higher Power”.

An hour-long launch event to promote the song was held on Thursday, May 20th, 2021. It was live-streamed on Luminosity Gaming’s Twitch channel. Members of the band were also made honorary members of Team Luminosity as part of the celebration.

“We are thrilled to announce this strategic relationship with Coldplay,” said Enthusiast gaming CEO Adrian Montgomery. “Coldplay are timeless, cross-generational musicians, and we look forward to serving as a bridge between them and our global gaming audience. While this is the first collaboration of its kind for us and in the gaming space, our platform provides immense opportunity for similar experiences in the future.”

This has the potential to be so cool. I would love to see Enthusiast truly innovate at the intersection of music and gaming (and not just do another concert in Fortnite). Making Coldplay part of Luminosity will hopefully lead to some interesting activations.

0 comments on “Enthusiast Gaming Teaming Up With Coldplay”