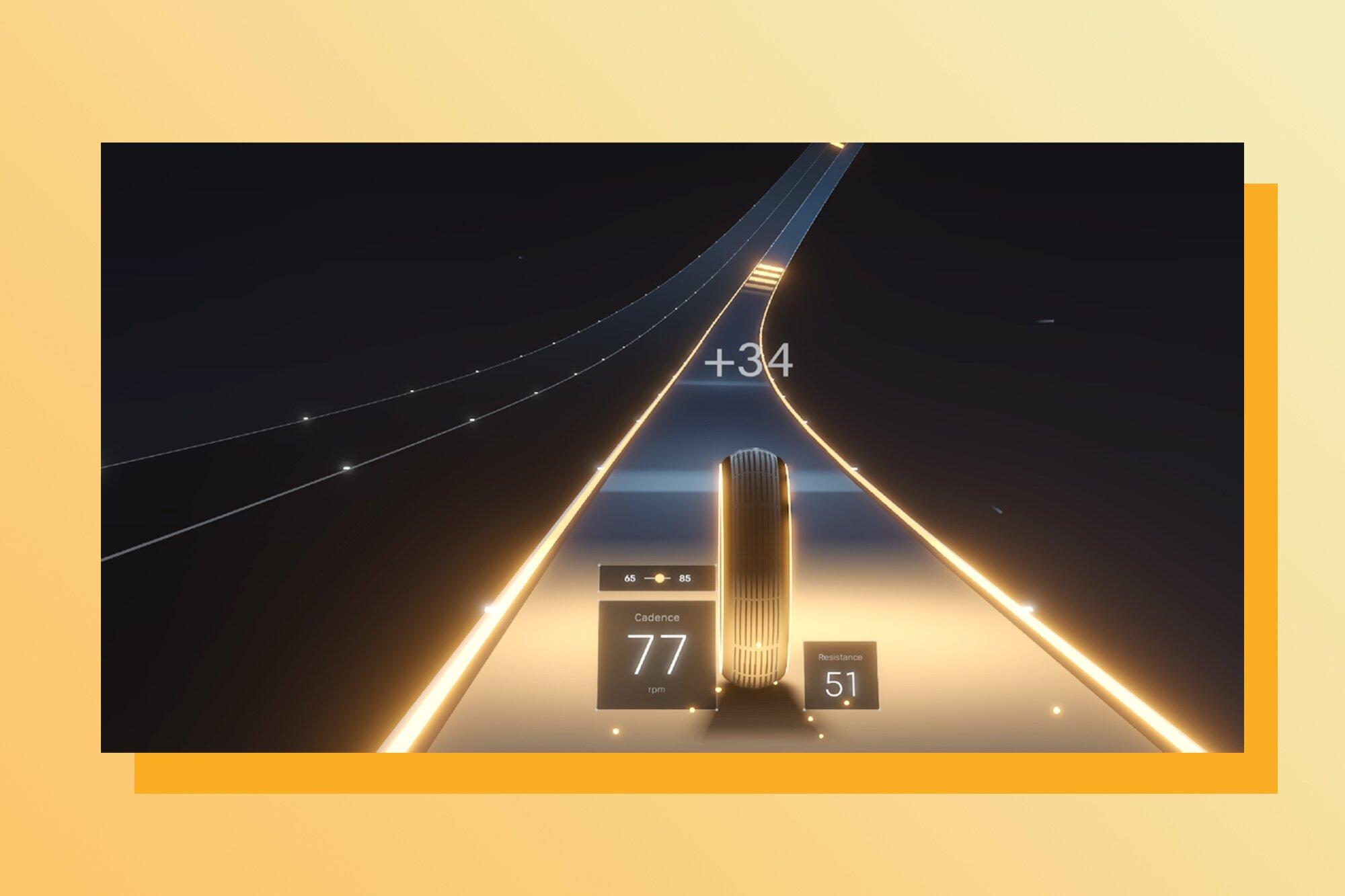 Lanebreak is a rhythm-based exercise game that has players speed up or slow down on their bikes depending on in-game cues. The resistance knob on the product works as a controller to switch between lanes.

“One area we are particularly interested in is how non-gamers react to and engage with this experience. Just like mobile did with apps such as Candy Crush, Monument Valley, Threes, we believe that connected fitness is an opportunity to open up the power of gaming to a new audience,” writes David Packles, the Senior Director of Product Management at Peloton. “Building off of what works in Peloton classes, games allow us to provide distinct visual feedback to players as they take a workout. Just like Alex Toussaint would challenge you to finish the last 30 seconds of a tough interval, games offer a way to not only cue you to do so but to reward you in real-time for your actions. These types of interactive experiences may be new for many Members, which is why we landed on music as our core tenant. We found it was a powerful thread between something people already understood and enjoyed and a format they may not be as familiar with.”

Peloton did state that the game is in its “early” stages of development. No information has been revealed about a release date for Lanebreak.

In theory I like this, but I am just a little let down. Peloton is a company with a $30+ billion market cap. A rolling wheel is really the best thing that you can come up with?

(All information was provided by ScreenRant and Peloton)