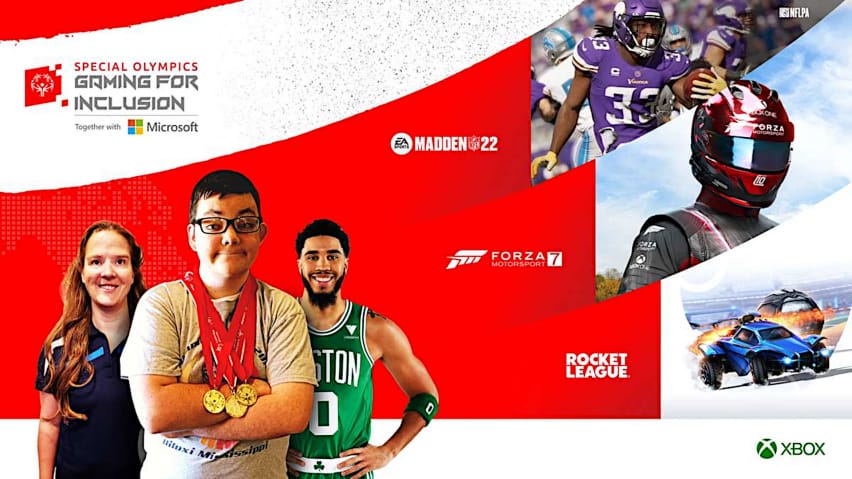 Microsoft recently announced it would be launching an inaugural esports experience known as Gaming for Inclusion. The creation of this event comes as part of Xbox’s partnership with the Special Olympics.

From September 12th to the 14th, Special Olympians and other partners will compete in tournaments featuring popular video games. Some of the titles include Rocket League, Madden NFL 22, and Forza Motorsport 7. Winners will get to play alongside celebrities like Jayson Tatum and Jamaal Charles.

“COVID-19 and the suspension of hundreds of thousands of annual in-person events worldwide meant Special Olympics had to pivot to supporting virtual experiences,” said Prianka Nandy, the Chief Information and Technology Officer for the Special Olympics. “Our digital transformation partners at Microsoft brought their expertise in developing scalable and accessible digital platforms that allow people of all abilities to build connections with others through the universal language of gaming. Together, we’ve shaped an innovative program that will last well beyond the pandemic.”

The esports tournaments will take place from the 12th to the 14th. Winners will get a chance to participate in the Celebrity Showcase event which will be held on the 18th.

(All information was provided by Xbox)