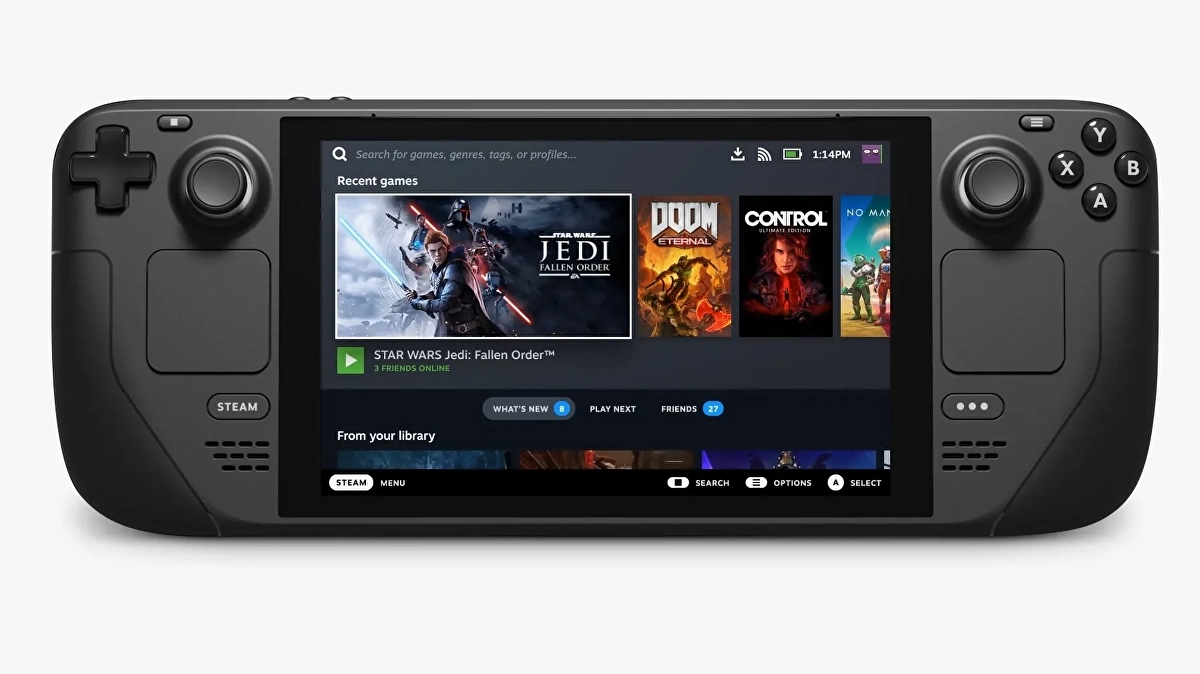 In a recent interview with IGN, Valve President Gabe Newell explained the philosophy behind the Steam Deck. “Our view is that the openness of the PC ecosystem is the superpower that we all collectively benefit from,” he said. “So if you want to install the Epic Games Store on here, if you want to, run an Oculus Quest on it, those things are, those are all great. Those are features, right? That’s what I want to hear as a gamer.”

The handheld device has been outfitted with a seven-inch screen. Furthermore, it runs on a quad-core Zen 2 CPU. It also features AMD RDNA 2 graphics, 16GB of RAM, and storage from 64GB all the way up to 512GB.

The lower GB models of the device are expected to be available in the second quarter of next year. The 512GB product, which will cost $649, can be purchased in the third quarter of 2022.

This device is now the closest thing we have to a handheld PC on the market today. I am cautiously bullish on this device even though Valve has had a TERRIBLE hardware track record. Regardless, I think this will naturally lead to more competition for the Switch, which has run unopposed in the handheld market.

(All information was provided by IGN, TechCrunch, and Cape Gazette)