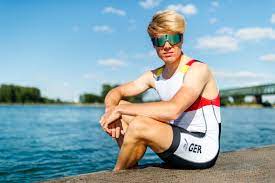 World Tour team Deceuninck-Quick Step have come to an agreement with UCI Cycling Esports Champion Jason Osborne to join their team as a “stagiaire,” an amateur who rides with a professional team until the end of the season. Osborne, who came to the attention of team bosses by winning the 50-kilometer route on the esports platform Zwift, beat several riders to claim glory at the inaugural Esports Worlds last December.

“Cycling has always been part of my training ritual in rowing. I have done a lot of base training on the bike since 2012, when I bought my first road bike, then over the years I became more passionate about it, did some races, got into the competitive side of the sport and tried to develop,” Osborne said. “I am aware there are a lot of things I need to learn, but I want to take it one step at a time and see what I can achieve.”

Osborne mentions rowing, the sport in which he won a gold medal at the 2018 World Rowing Championships and claimed a silver in this year’s Olympics in Tokyo. But this will be a whole new feather in his cap as he attempts to find the same success in a totally different environment.

“We have seen Jason’s physical attributes in his win at the Esports Worlds, and this was confirmed in the testing that we have done with him, said Deceuninck – Quick-Step head coach Koen Pelgrim. “We are curious how that will translate into racing. Moving into the pro peloton will be a process for him as he learns about the intricacies of the sport, as it would be for any young rider, and we will look to use our experience to help him with the transition.”

(All information provided by KFGO and Deceuninck-Quickstep)