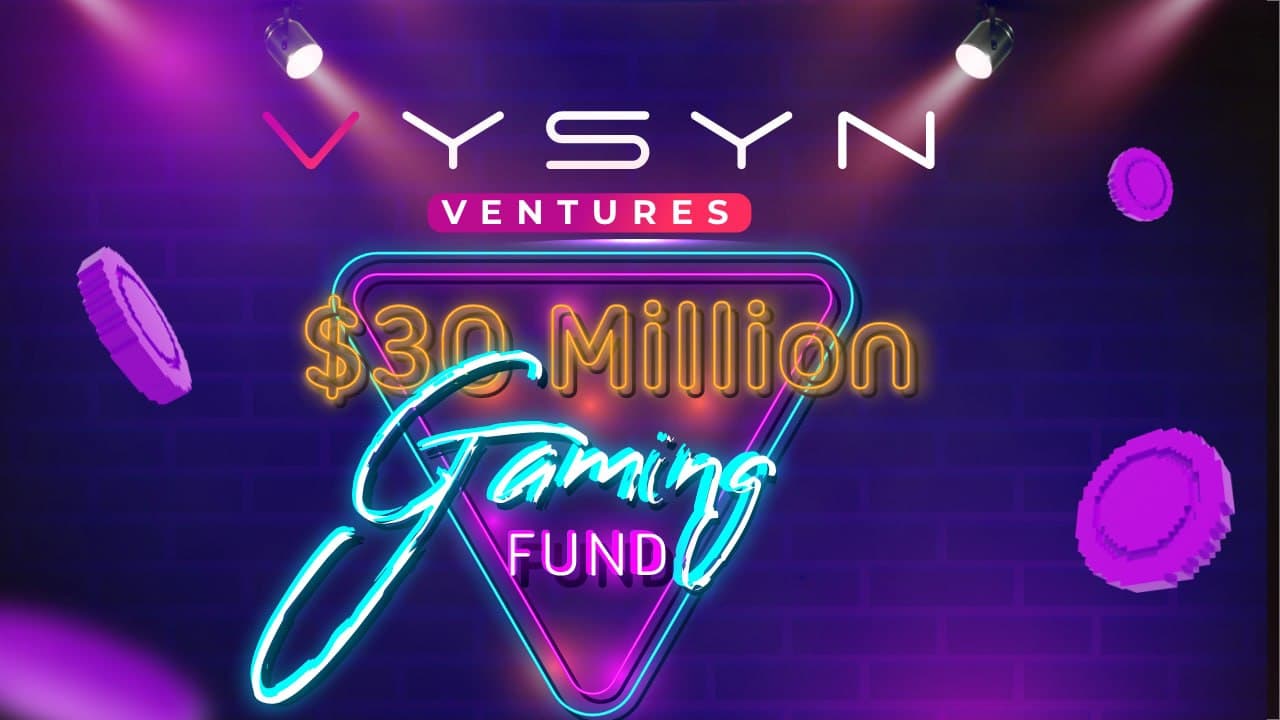 On September 21st, VYSYN Ventures announced it was launching a $30 million gaming fund. This initiative will be focused on bringing investment opportunities to blockchain-based gaming companies.

VYSYN has recently increased its investment and support of the decentralized gaming industry. As a result, this fund will mostly support gaming projects built on the Polygon Network.

“The blockchain industry is on the precipice of a major shift. Increasing amounts of value and attention are turning to decentralized gaming as the field innovates and offers more and more opportunities for internet users worldwide. This is particularly evident in the growing play-to-earn movement, which is offering lucrative and sustainable earning opportunities to anyone with an internet connection. VYSYN Ventures anticipates that blockchain gaming will grow exponentially in the coming years and we are establishing the $30 million gaming-focused fund to strategically allocate to this area.” said the CEO of VYSYN Ventures.

VYSYN had previously supported or backed many different blockchain gaming projects. This includes Axie Infinity, Ultra, and My Neighbor Alice.

It’s possible that VYSYN Ventures’ model is too specific. Do we need a $30 million fund focused SOLELY on blockchain games? I have asked a lot of hardcore gamers, and I can never find a person that has played a blockchain-based game. Maybe it’s just a buzzword. I don’t think the intersection between blockchain and gaming has been figured out yet. When you have a venture fund like this (and this is a small one), it can go two ways. Either it can become a buffer that filters out all the scams and shady characters, creating a valuable and trustworthy blockchain gaming space. Or, they could unknowingly encourage the growth of blockchain gaming scams. This could go both ways. When you have a fund like this with such a specific specialization, it’s either a signal for good companies or a catalyst for disaster.